DOJ renewed the warrant three times, including during the early months of the Trump administration 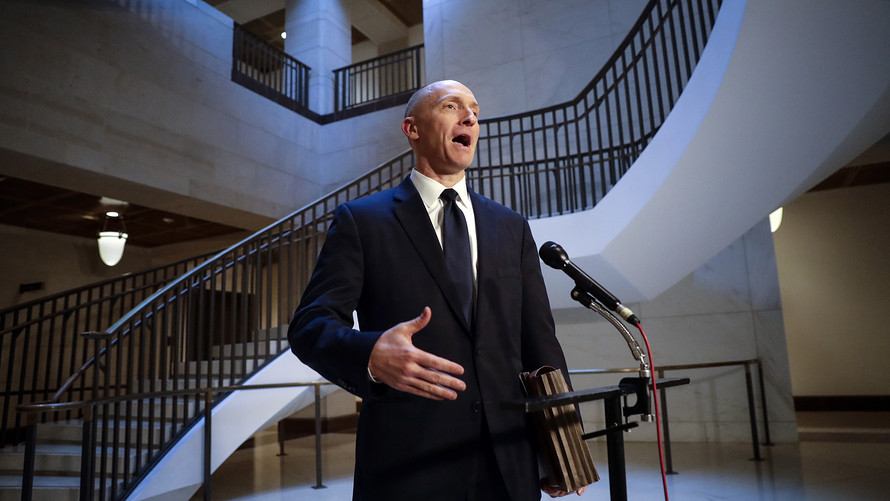 WASHINGTON (AP) — The Justice Department has concluded that it should have ended its surveillance of a former Trump campaign adviser earlier than it did because it lacked “insufficient predication” to continue eavesdropping, according to an order made public Thursday by a secretive intelligence court.

The FBI obtained a warrant in 2016 to eavesdrop on former Trump national security aide Carter Page on suspicions that he was secretly a Russian agent. The Justice Department renewed the warrant three times, including during the early months of the Trump administration.

But the Justice Department’s inspector general has harshly criticized the FBI’s handing of those applications to the Foreign Intelligence Surveillance Court. It says the FBI omitted from the court key details that undercut their original premise about Page, who has denied any wrongdoing and was never charged as part of the investigation into ties between Russia and the Trump campaign.

In an order made public Thursday, the court’s chief judge, James Boasberg, says the Justice Department informed the court last month that two of the four applications were invalid because “there was insufficient predication to establish probable cause to believe that [Carter] Page was acting as an agent of a foreign power.”

After the inspector general report, the surveillance court issued a rare and extraordinary public order saying the FBI had submitted “unsupported” information when it applied to eavesdrop on Page. The court directed the FBI to report back by this month on what steps it was taking to fix the problems.

FBI Director Chris Wray has announced a series of changes designed to improve the thoroughness and accuracy of applications submitted to the surveillance court, which grants secret warrants to the FBI when they can show probable cause that the target of their eavesdropping is an agent of a foreign power, such as a suspected spy or terrorist.