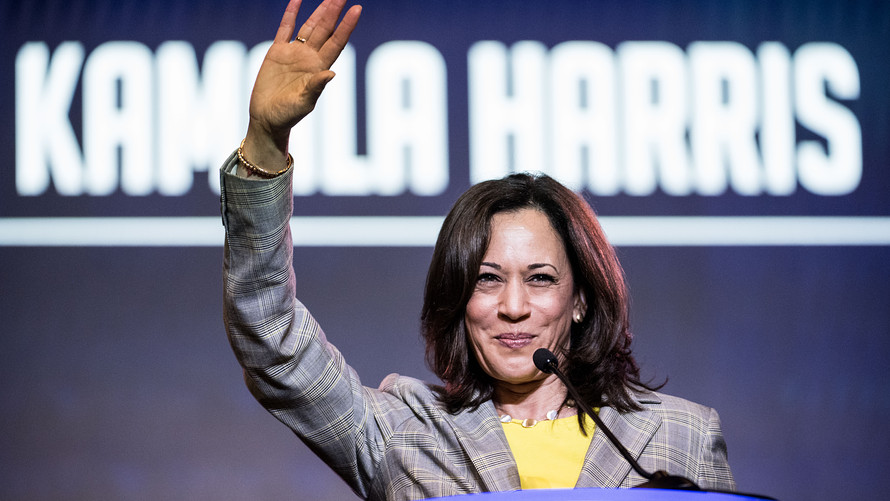 Sean Rayford/Getty Images
Sen. Kamala Harris is the latest candidate to offer a proposal to cancel some student debt.

Senator Kamala Harris, a Democrat of California, became the latest presidential candidate to tout a student-debt forgiveness proposal, when she announced the plan last month as part of a broader proposal to invest in Historically Black Colleges and Universities and black entrepreneurs.

But the specific conditions her proposal places on debt forgiveness — which were widely panned on social media — have experts asking how large of an impact the plan would make on the issues it’s designed to address. Harris’ proposal and the debate surrounding it also provide a window into the politics surrounding the nation’s $1.5 trillion student-debt problem and the factors that play into policy-makers’ approach to solving it.

‘We’re seeing another swath of candidates that are using student debt as a hook to do something that is socially valuable.’

—Julie Margetta Morgan, a fellow at the Roosevelt Institute, a progressive think tank

“We’re seeing a split among the candidates where some of their policies really reflect a belief that student-loan debt in itself is a policy failure and, for those candidates, we’re seeing them propose policies that are just wiping that away without really conditioning it on anything,” said Julie Margetta Morgan, a fellow at the Roosevelt Institute, a progressive think tank. “We’re seeing another swath of candidates that are using student debt as a hook to do something that is socially valuable.”

Harris’ plan fits into that latter category — student-debt forgiveness is part of a larger proposal from the California Senator to close the black-white gap with respect to accessing high-paying jobs in science, technology, engineering and math, as well as entrepreneurship.

Her plan stands in contrast to those of her senate colleagues Bernie Sanders, who is proposing to eliminate outstanding student debt entirely, and Elizabeth Warren, who is touting a plan to forgive a maximum of $50,000 in student debt for borrowers in households earning less than $250,000 a year.

Under Harris’ proposal , borrowers who received a Pell Grant, the money the government provides to low-income students to attend college, will have up to $20,000 of their student debt forgiven if they start a business and operate it for at least three years in a disadvantaged community. In addition, qualifying borrowers would have their loans deferred interest-free for an up to three-year business formation period.

The reaction to Harris’ plan and its conditions was swift on social media.

Twitter /zigman2/quotes/203180645/composite TWTR -0.03%  users joked that to access forgiveness under the plan borrowers would need to overcome nearly impossible tasks, like “escape the devil’s snare,” while others argued that “$20,000 with strings (like starting a business), isn’t really gonna help folks.”

Despite the social media snark, experts say some of these critics may have a point. Even Harris acknowledged the reaction tweeting, “I want to thank everyone for your feedback and clarify some confusion.”

Louise Seamster, an incoming professor of in sociology and African-American studies at the University of Iowa, who studies student debt and, in particular, its disparate impact on borrowers of different races, said she’s heartened to see candidates, including Harris, recognize the importance of student-debt cancellation.

‘We already have a lot of forgiveness plans that are hard to attain and I’m not sure of the value of adding one more.’

—Louise Seamster, an incoming professor of in sociology and African-American studies at the University of Iowa

“But I am concerned about the scope and effectiveness of a proposal that ties cancellation to difficult if not, un-achievable requirements,” said Seamster. “We already have a lot of forgiveness plans that are hard to attain and I’m not sure of the value of adding one more.” (Seamster was part of a group of academics whose analysis of Warren’s student-debt cancellation plan was included in her release of the proposal.)

Indeed, the Public Service Loan Forgiveness program, which allows borrowers working in public service to have their debt forgiven after 10 years of payments, has been rife with administrative challenges that have made it difficult for borrowers to access.

The lesson from that experience, according to Margetta-Morgan, is student-debt relief proposals that are “relatively simple to execute.”

Caitlin Zaloom, a professor of social and cultural analysis at New York University, notes that in order to qualify for debt cancellation, low-income borrowers would need to not only raise the capital necessary to start a business in a disadvantaged community, but also be able to keep it operating for at least three years.

‘The young adults who are already disadvantaged have to take on risk in order to make a bid for support later on.’

—Caitlin Zaloom, author of the forthcoming ‘Indebted: How Families Make College Work at Any Cost’

“That’s already a big, big, if,” she said. Then if they make it through those hurdles, they’ll get debt relief that amounts to roughly $10,000 less than the national average in student debt for borrowers with a bachelor’s degree.

In this way, Zaloom, who is the author of the forthcoming “ Indebted: How Families Make College Work at Any Cost ,” sees Harris’ proposal as part of a decades-old trend in shifting the risk of higher education from the government to the individual. “The young adults who are already disadvantaged have to take on risk in order to make a bid for support later on,” Zaloom said.

Still, Zaloom says, the plan starts from “an important place” of addressing the challenges young adults from disadvantaged backgrounds face in starting a business and accessing other opportunities.

Student debt does impact borrowers’ ability to start a business

Factors including the racial wealth gap and historic discrimination mean that black entrepreneurs struggle more to get the capital necessary to launch successful businesses than their white peers. In addition, black students are more likely to borrow to attend college and carry more debt than their white counterparts and we know student debt plays a role in an entrepreneur’s ability to be successful.

Black students are more likely to borrow to attend college and carry more debt than their white counterparts and we know student debt plays a role in an entrepreneur’s ability to be successful.

A borrower with $30,000 in student debt is 11% less likely to start a business than someone who graduated from college without loans, according to research from Karthik Krishnan, a finance professor at Northeastern University’s De’Amore-McKim School of Business.

That’s in part because in order for entrepreneurs to be successful they need to have the financial freedom to experiment and fail. “Student debt, because of the cost associated with not paying that debt, essentially completely or partially removes that tolerance of failure,” Krishnan said.

Krishnan, who has a startup of his own focused on lending to and mentoring low-income students, said he applauded Harris’ effort to address this challenge, but he would recommend a few tweaks to her proposal, including not limiting the benefit to those who start businesses in certain communities.

That question of who would benefit from a student-debt cancellation plan has been one of the points of contention in the debate surrounding the idea. Critics have derided Sanders’ and Warren’s plans as offering a relief to a demographic that includes some relatively well-off borrowers, who may have gone to graduate school.

The conditions in Harris’ plan may be an effort to counter these concerns, Zaloom said. But she said the intention is somewhat undermined by Harris’ execution. “In the process of trying to target the support,” Zaloom said, “she is undermining the very premise of her program.”