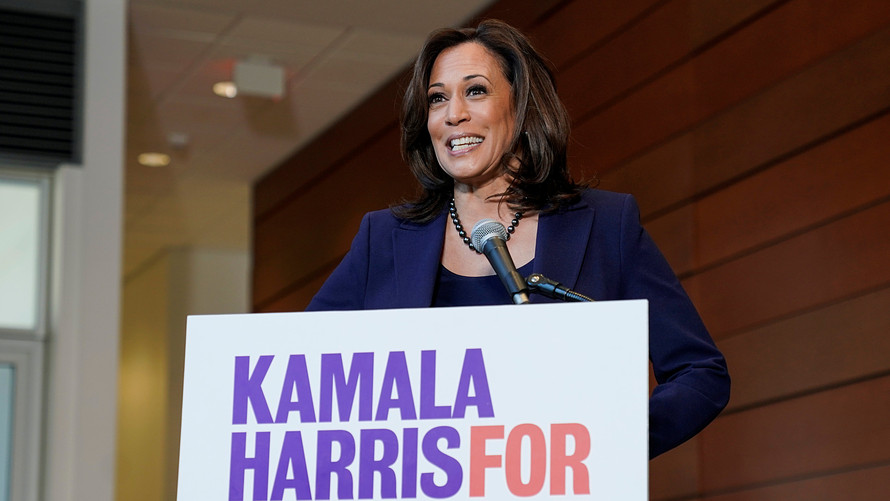 Reuters
Sen. Kamala Harris speaks to the media at Howard University in Washington, D.C., after announcing her candidacy for the presidency in January.

Sen. Kamala Harris pledged Sunday that she will pursue executive action on gun-control measures if Congress fails to act in the first 100 days of her presidential administration.

“I’m proposing, one, that if by my 100th day in office when elected president of the United States, if the United States Congress fails to put a bill on my desk … then I’m prepared to take executive action because that’s what’s needed: action,” Harris, a California Democrat and 2020 hopeful, said in an interview with CNN’s Jake Tapper.

Harris had first articulated the plan at a CNN town hall in late April, but bought it up again Sunday on the heels of yet another school shooting, in which 18-year-old Kendrick Castillo was killed after rushing the gunman to save his classmates at STEM School Highlands Ranch in a Denver suburb.

Key Words: Sixth-grader grabs a bat during STEM School shooting: ‘I was gonna go down fighting’

When asked how she liked Sen. Cory Booker’s proposal for a federal gun registry, she answered, “I like the idea. But, Jake, I’m going to tell you, on the issue of the need for gun safety laws, we’re not at any loss for good ideas. People have been having good ideas for decades on this issue.”

Booker, the New Jersey Democrat, is also vying for the White House.

Harris said that the country was waiting for Congress to act.

If she was forced to take executive action, Harris said she would require those who sell more than five guns a year to do background checks.

She would also have the Bureau of Alcohol, Tobacco, Firearms and Explosives take away licenses from gun dealers that don’t follow the law.

Harris also expressed support for government intervention in dealing with Facebook. Co-founder Chris Hughes said Thursday that the social network /zigman2/quotes/205064656/composite FB -2.05% should be broken up.

Asked by Tapper if she agreed with Hughes, Harris answered, “Yes, I think we have to seriously take a look at that, yes.”

“I mean, when you look at the issue, they’re essentially a utility. Like, there are very few people that can actually get by and be involved in their communities or society or in whatever their profession without somehow, somewhere using Facebook,” Harris said. “It’s very difficult for people to be engaged in any level of commerce without — so, we have to recognize it for what it is. It is essentially a utility that has gone unregulated. And as far as I’m concerned, that’s got to stop.”

Over the course of the interview, Harris also tried to clean up comments she made to Tapper in January when she said she wanted to do away with private health insurance.

Harris said the Medicare-for-all bill she supports “doesn’t get rid of supplemental insurance.”

The legislation also entitles all residents of the United States to health care services.

“Let me just be very clear about this. I’m opposed to any policy that would deny in our country any human being from access to public safety, public education or public health, period,” Harris answered.