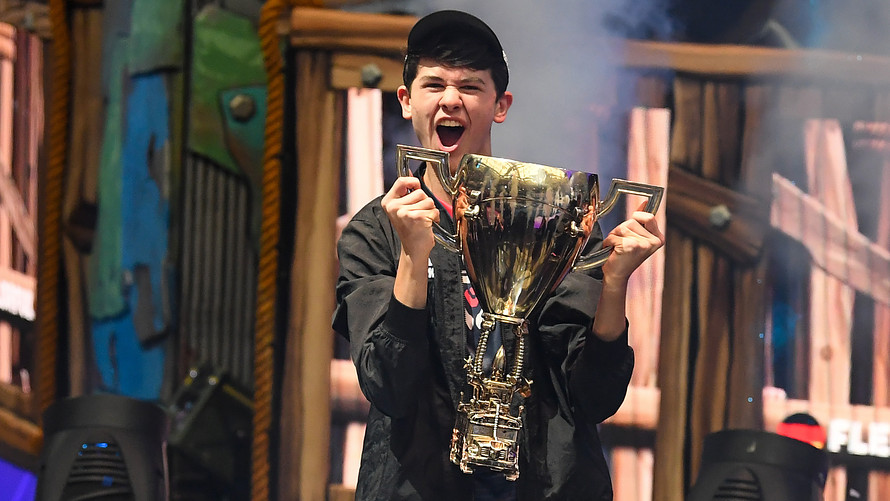 The Pennsylvania teen crushed his competition at a sold-out Arthur Ashe Stadium — home of next month’s U.S. Open tennis tournament — to capture the solo division with 59 points, 26 more than his runner-up. About $30 million in prize money was up for grabs at this weekend’s tournament.

“Words can’t even explain it. I’m just so happy,” Giersdorf said in a post-match interview posted on Twitter. “Everything I’ve done, the grind, it’s all paid off. It’s just insane.”

Giersdorf’s mother, Darcy Giersdorf, told ESPN that he typically plays “Fortnite” eight to 10 hours a day. “This is life-changing for him,” she told ESPN . “He’s been playing videogames since he was 3, so this is his passion. He told us he could do this, he put his mind to it and he did it.”

Read: 5 ways to cash in as ‘e-sports’ becomes more popular than pro football

“Fortnite” is the most financially successful free videogame of all time, earning $2.4 billion in revenue in 2018, according to Nielsen’s SuperData Research .

Also see: These 9 stocks will win from the esports craze

A report earlier this year from research company NewZoo found global revenue from esports competitions will top $1.1 billion in 2019 , up almost a third over last year, while another NewZoo report found the overall global videogame market — excluding esports — will generate more than $152 billion this year , up 10% from last year.