The Italian sports-car company teamed up with MIT researchers to produce custom supercapacitors, an alternative to lithium batteries 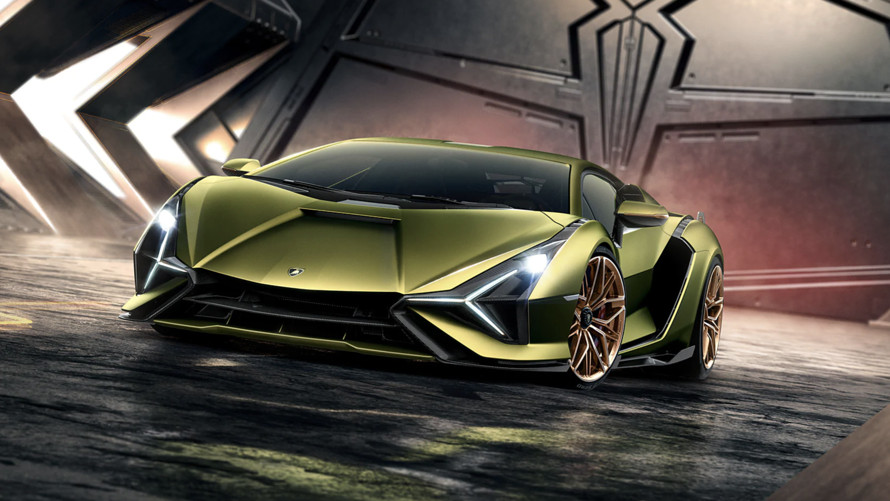 Lamborghini
A rendering of the $3.6 million Lamborghini Sián.

Supercapacitors are one way forward for the rapidly growing electric-car industry.

According to LMC Automotive , almost 19 million electric vehicles (EV) will be sold by 2031, with hybrids and EVs comprising half of all car sales. It seems everyone’s on board with the EV premise .

But one bottleneck remains for electric cars: batteries. They’re heavy, bulky, charge slowly and lose their capacity over time. This is especially a problem for owners of supercars who often find batteries unsuitable for their needs.

Lamborghini, the Italian maker of luxury sports cars, set out to solve the problem with the help of Massachusetts Institute of Technology researchers and the company’s own R&D team. The goal of the collaboration was to build the Lamborghini Terzo Millennio, an electric vehicle that uses supercapacitors embedded into the car’s chassis as a source of energy. That was two years ago. Fast forward to the present, and the results can be seen in the company’s first commercially available hybrid supercar, the Sián (“thunderbolt” in the dialect of Bologna, Italy, near where the company builds its cars).

How do supercapacitors work?

But before we talk about the Sián, let’s explain what supercapacitors are and why they could be the game changer that the automotive industry needs to effectively compete with gas-powered vehicles.

Unlike batteries, which rely on chemical reactions to release energy, capacitors store static electricity — the kind that builds up on a balloon when you rub it against a shirt. A capacitor can be as simple as two metal plates separated by a thin air buffer. When an electrical current goes through both plates, a positive charge builds up on one plate, and a negative charge on the other. The separation between the plates is what makes the capacitors hold on to the energy. This happens almost at the same moment current is applied, which means capacitors recharge instantly.

Supercapacitors, as “super” implies, can store more electricity, thanks to a larger plate surface and a shorter distance between the plates. To make them more energy-efficient, different materials than those in regular capacitors are used. All this makes supercapacitors cheaper and more flexible than lithium batteries.

They’re also much lighter and can be made to fit into a car’s chassis in the form of porous carbon nanotubes. Instead of one massive, flammable, solid surface weighing the car down, the reservoir of energy becomes the chassis itself. This elegant solution, however, has several serious drawbacks: Supercapacitors can’t hold on to a charge for long periods, and their surface-to-power ratio is still low compared to that of traditional batteries. Until those shortcomings are addressed, supercapacitors can’t be expected to replace batteries.

That fact is reflected in the Lamborghini Sián, whose supercapacitor-powered 34-horsepower electric motor takes a back seat to a 774-horsepower V12 combustion engine capable of powering the car to 62 miles per hour in 2.8 seconds and to a top speed of 217 mph. Torque is rated at 720 newton meters (531 foot-pounds). Braking recharges the supercapacitor, so there’s no need to visit a charging station.

Visually, the Sián takes many cues from its predecessor, the Terzo Millennio. Its striking, full-carbon body outline is matched only by the equally impressive interior — it’s a luxury sports car through and through, which is reflected in its price and availability. Lamborghini made only 63, and they’re all already spoken, even at a cost of $3.6 million.

In 2011 , Tesla /zigman2/quotes/203558040/composite TSLA +0.18%  CEO Elon Musk said supercapacitors, not batteries, would power future vehicles, and with the Sián, we see that premonition slowly being unveiled.