Fitzgerald is now the second active NFL player to own a portion of an NBA franchise, the first being Packers quarterback Aaron Rodgers 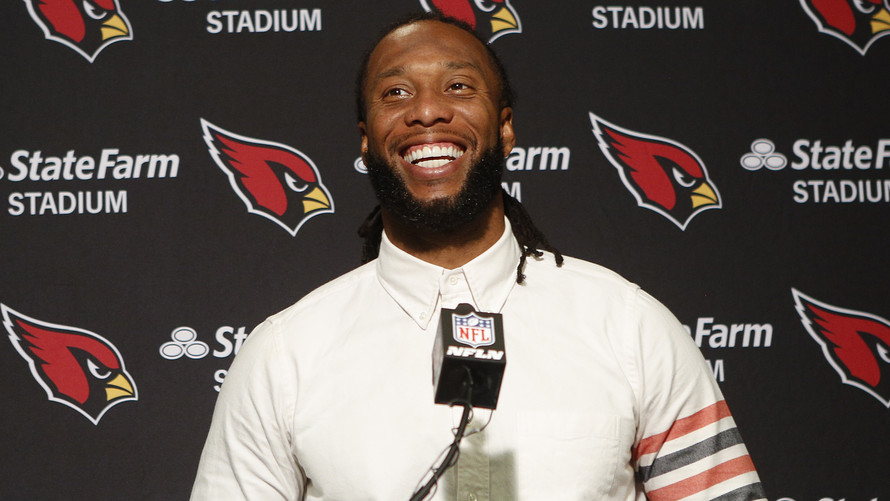 TEMPE, Arizona (AP) — Larry Fitzgerald didn’t keep the Arizona Cardinals waiting for long. One of the most productive wide receivers in NFL history isn’t done yet, returning for his 17th season with the franchise that drafted him in 2004.

After some speculation that the popular 36-year-old Fitzgerald might finally retire, the team announced Wednesday he has signed a one-year contact that will keep him in the desert through 2020.

“This season was among the most fun of my career,” Fitzgerald said in a tweet. “The future is so bright for this team & I relish the opportunity to build with this talented young nucleus.”

Fitzgerald, the future Hall of Famer, was a key part of the Cardinals’ offense in his 16th NFL season, leading the team with 75 catches for 804 yards and four touchdowns. He repeatedly said how much he enjoyed playing with rookie quarterback Kyler Murray, who was the No. 1 overall pick in last year’s draft and quickly developed into a quality starter. He also was quick to praise first-year coach Kliff Kingsbury.

The news of Fitzgerald’s return comes as ESPN’s Adrian Wojnarowski and Adam Shefter reported that Fitzgerald has purchased a minority stake in the NBA’s Phoenix Suns. Fitzgerald is now just the second active NFL player who own a portion of an NBA franchise, the first being Green Bay’s Aaron Rodgers who owns a portion of the Milwaukee Bucks. The Phoenix Suns are owned by businessman Robert Sarver.