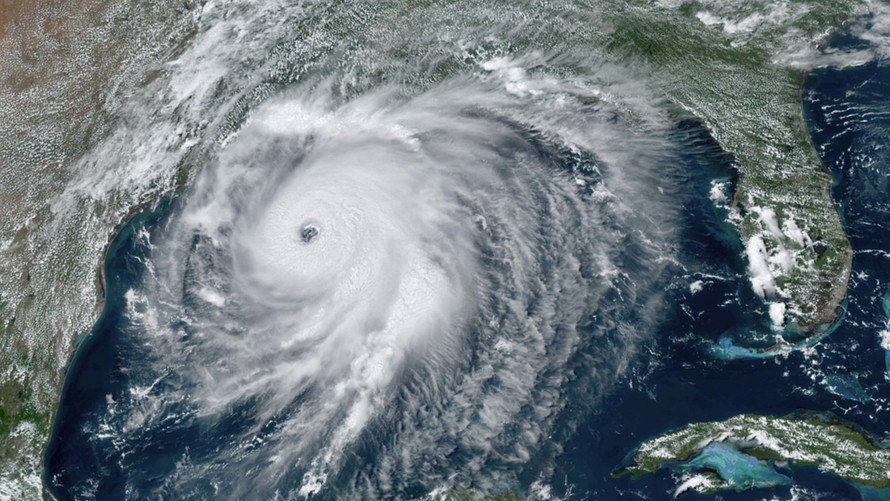 DELCAMBRE, La. (AP) — Laura roared ashore over southwestern Louisiana near the Texas border as a ferocious Category 4 hurricane late Wednesday, swamping a low-lying coast with ocean water that forecasters said could be 20 feet deep and unsurvivable.

Authorities implored coastal residents of Texas and Louisiana to evacuate, but not everyone did before howling winds began buffeting trees back and forth in an area that was devastated by Rita in 2005.

The storm grew nearly 87% in power in just 24 hours to a size the National Hurricane Center called “extremely dangerous.” Drawing energy from the warm Gulf of Mexico, the system arrived early Thursday during high tide as the most powerful hurricane to strike the U.S. so far this year.

“It looks like it’s in full beast mode, which is not what you want to see if you’re in its way,” University of Miami hurricane researcher Brian McNoldy said.

Hurricane-force winds extending 60 miles from the storm’s center neared the coast, forecasters said, and bands of heavy rain fell 30 miles from the beach in Lake Charles.

Late Wednesday, Laura was churning about 75 miles south of Lake Charles and moving north-northwest at 15 mph.

Maximum sustained winds increased to 150 mph before nightfall, and forecasters said up to 15 inches of rain could fall. Forecasters issued a string of tornado warnings as the storm pushed on to land, but there were no immediate reports of damage.

Officials said at least 150 people refused pleas to leave and planned to weather the storm in everything from elevated homes to recreational vehicles in coastal Cameron Parish, which could be completely covered by ocean water.

“It’s a very sad situation,” said Ashley Buller, assistant director of emergency preparedness. “We did everything we could to encourage them to leave.”

Abbott warned that people who fail to get out of harm’s way could be cut off from help long after the storm hit.