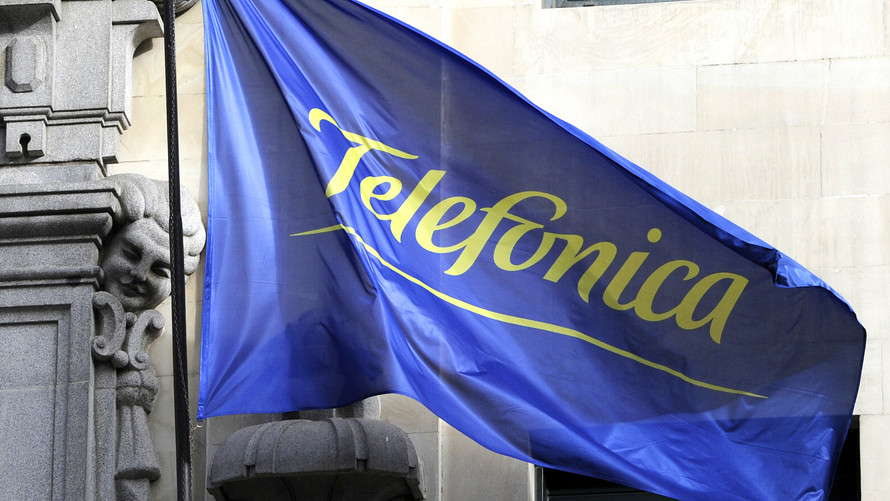 Spain’s Telefónica /zigman2/quotes/200416613/delayed ES:TEF +4.17%  said on Monday that it is in talks with U.S. tycoon John Malone’s cable group Liberty Global over a possible merger of their U.K. operations, in a deal that would create a new television and mobile company with a combined value of almost £28 billion, including debt and anticipated synergies.

The Spanish telecom group said discussions to combine its O2 mobile business with Liberty Global’s /zigman2/quotes/205000522/composite LBTYA -0.02%  Virgin Media cable network were in “negotiation phase,” and it couldn't guarantee the precise terms of the deal or the probability of its success.

However, people close to the situation said the talks were at an advanced stage and a deal could be announced as early as Thursday, when Telefónica is due to report its first-quarter earnings.

If it’s pulled off, the deal would radically reshape the U.K telecommunications industry, creating a competitor to the country’s current top operator BT Group /zigman2/quotes/209006687/delayed UK:BT.A +2.27%  by combining the 34 million customers on O2’s mobile network with Virgin Media’s 3.3 million mobile customers and its 6 million broadband users.

Analysts at New Street Research said a combination of O2 and Virgin Media could create a business worth £28 billion, including debt and synergies.

Under the terms being discussed, the new company would be owned 50-50 by the companies, with Liberty Global making a cash payment to Telefónica to equalize ownership.

ITV /zigman2/quotes/205378065/delayed UK:ITV +4.42% , Britain’s biggest free-to-air commercial broadcaster, which is 10% owned by Liberty, wouldn’t be included in the new venture, people familiar with the matter said.

On Friday, Liberty Global’s Class A spiked almost 15% in New York trading, while Telefónica’s /zigman2/quotes/207034643/composite TEF +2.53%  American depositary receipts closed 6.4% after Bloomberg first reported on the talks. In midday Monday trades Liberty Global shares were up 0.4% while the Telefónica ADRs were off 2.8%.

Telefónica has been looking at options for O2 since 2016, when European regulators blocked its planned £10.3 billion sale of the mobile business to CK Hutchison /zigman2/quotes/208405501/delayed HK:1 -1.62% , the owner of Three, on the grounds that the deal would have left the U.K. with just three major mobile-phone-network operators, resulting in higher prices and less choice for consumers.

A deal with Liberty Global would help it significantly reduce the Spanish telecommunications giant’s heavy debt load, which stood at almost €37 billion at the end of 2019.

Malone, who also controls Discovery Communications /zigman2/quotes/200511275/composite DISCA +9.71% , earned the nickname the Cable Cowboy after making his fortune through a string of deals that transformed and helped consolidate the U.S. cable industry into one dominated by just a handful of players.

Liberty Global has also been buying and selling cable assets across Europe over the past decade, and in 2018 it sold its Germany and Eastern European cable assets to Vodafone /zigman2/quotes/202484985/delayed UK:VOD +1.33%  for $21.8 billion. That left it with an acquisition war chest of around $12 billion in cash.

However, Malone’s ambitions in Europe were dealt a blow in October when Liberty was forced to scrap the attempted $6.4 billion sale of its Swiss cable business UPC to Sunrise /zigman2/quotes/208115152/delayed CH:SRCG +0.27%  after Germany’s Freenet — Sunrise’s biggest shareholder with 25% of the stock — vociferously opposed the deal.

For Telefónica, the deal comes just six months after the company announced a sweeping restructuring of its business designed to focus investment on its four key markets: Spain, Brazil, the U.K. and Germany, where it operates under the O2 brand.

The plan involved grouping together the remaining eight Latin American markets in which it operates, including Mexico, Argentina and Colombia, into a separate division. In January, América Móvil /zigman2/quotes/209003340/composite AMOV +2.59% , which is controlled by the family of Mexican billionaire Carlos Slim, bought Telefónica’s operations in Guatemala for $333 million and in El Salvador for $315 million.

If Liberty Global and Telefónica pull off a deal, it would be a major coup at a time when global deal making has collapsed to its lowest level in seven years, as companies focus on liquidity and preserving cash amid the coronavirus crisis. There were just $789.8 billion in deals announced worldwide during the first four months of 2020, down 39% compared with last year and the lowest year-to-date level since 2013, according to data from Refinitiv.

Liberty Global bought Virgin Media, which offers pay-television, broadband and phone packages in the U.K., in a cash-and-stock deal worth $23.3 billion in 2013. In the U.K., Virgin competes with Sky, which is owned by Comcast /zigman2/quotes/209472081/composite CMCSA +3.28% , in pay TV, and with BT and Sky in broadband.

The deal would be a blow to Vodafone, which last year signed a deal with Virgin Media in the U.K. for the two companies to use each other’s networks from 2022. “A merger would mean that Vodafone faces a stronger converged competitor,” Goldman analysts said. They estimated that the contract, which is worth around £100 million in revenues, could also be at risk if the deal between Telefónica and Liberty goes ahead.

Get news alerts on Liberty Global PLC Cl A and Discovery Inc. Series A — or create your own.