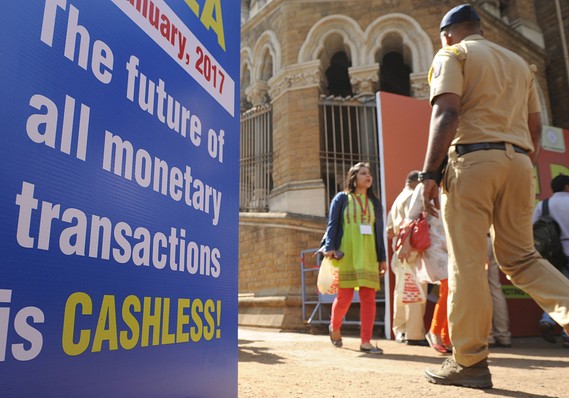 Few things unite Democrats, the Trump administration, the Federal Reserve , and even France’s Finance Ministry like opposition to Facebook’s (NAS:FB)  Libra. The principal grievances are that widespread use of Libra could instigate financial instability and further enable the illicit transactions of drug dealers and terrorists.

The financial crisis was denominated in dollars. The shaky mortgages, shoddy bonds and derivatives were the work of regulated banks, mortgage brokers and other financial institutions doing business in greenbacks — before Bitcoin (COINDESK:BTCUSD)  came along.

Libra would be backed by substantially more reserves than national currencies and be more stable in value than those currencies or Bitcoin. National currencies, including the dollar (CALCULATEDFEED:XX:BUXX)  , fluctuate with business cycles, trade disputes and official intervention to gain competitive advantage, and Bitcoin’s value is erratic and influenced by a handful of mega investors.

Libra could provide such a system that is far less costly to run and susceptible to fraud than the current systems now run by Visa (NYS:V)   and Mastercard (NYS:MA)  for ordinary consumers and Citibank (NYS:C)   and SWIFT for cross-border business transactions.

Similarly Italy and other European economies are hamstrung by shaky banks and a euro (XTUP:EURUSD)   that is overvalued for their exports and undervalued for German businesses. Widespread use of the Libra could ignite growth the European Central Bank’s negative interest rate policies have failed to deliver.

Beijing has effectively frozen out foreign competitors to its domestic fintech market but so far, Alipay and others have enjoyed little success in the Third World. Penetration into offshore markets could accomplish a long-coveted Communist Party goal — replacing the international prominence of the dollar with a yuan-based (XTUP:USDCNY)   alternative.

If widely adopted, Libra — whose backers include Visa, Mastercard and Paypal (NAS:PYPL)   — could shut those doors forever.