Live positive, age positive: The secret to wealth and health as you grow older

The author of ‘The Power of Positive Aging’ talks about coping with cancer, protecting your immune system, and how aging is merely an ‘inconvenience’ 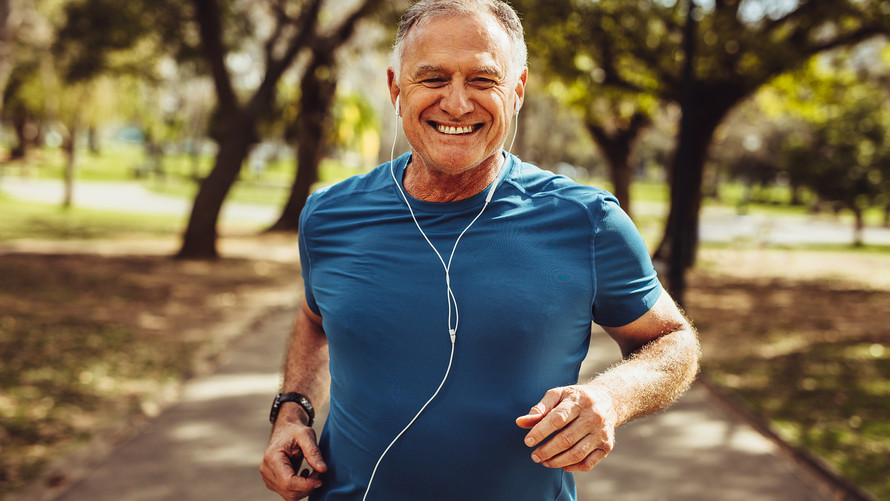 Back in the 1990s, when I worked at Money magazine, David Lereah was a go-to source for our real estate stories. His job then: chief economist at the Mortgage Bankers Association (he later held that job at the National Association of Realtors). I lost track of Lereah until his new, and wholly surprising, book recently arrived: “The Power of Positive Aging.” And boy does he have a story to tell.

At age 62, a few years ago, Lereah was diagnosed with stage 3 esophageal cancer. “The doctor looked at me and he didn’t say ‘You’re going to be fine, we will beat this,’” Lereah told me. “He said, ‘This is going to be most difficult challenge of your life and I don’t have any guarantees.’ He scared the s*** out of me. As he left the room, the nurse looked at me and said: ‘David, if you beat this cancer, it was only an inconvenience in your life.’ And that really rang a bell for me.”

The nurse’s words also changed pretty much everything about the way Lereah, who lives in Port St. Lucie, Fla., now looks at life and the way he deals with aging. And it’s why he felt compelled to write the “Positive Aging” book — to help others see the light — and to start the United We Age nonprofit group.

Here are highlights from my conversation with Lereah:

Next Avenue: How are you feeling? What is your life like these days?

David Lereah:  I’m feeling very good, actually. I still have some physical limits. I sleep on a 45-degree angle because they had to cut half of my stomach out and half of my esophagus is gone. I have some endurance issues as well. So, there are some real physical limitations. But, as the theme of the book stresses, I’ve got such a positive outlook that these things don’t annoy me.

‘We don’t know how to grow old’

You write in the book that we don’t know how to grow old. Why do you say that?

I break down aging into three aging ‘rooms:’ the Positive Aging Room, the Practical Aging Room and God’s Waiting Room.

Most of us are in the Practical Aging Room and that’s a good one. It means you will try to age gracefully. Maybe you have a bucket list of things do to find meaning in life. But you will have some bouts of anxiety over thinking about mortality. You will have depression on occasion when something significant happens to you, either a serious physical decline or mental decline. It’s going to jolt us and most of us are not prepared to handle a serious situation.

We need to then have more wherewithal to cope with that serious challenge. With a positive mindset, you become more spiritual.

People who are Practically Aging are the lucky ones. They don’t experience serious marks of aging. They won the lottery.

Is positive aging the same as successful aging?

I don’t have a Ph.D. in gerontology; I have one in economics. So, I’m learning the aging literature. And I what I found was missing in what I read about successful aging was spiritual health. If you’re particularly positive about aging, it takes you to successful aging.

What does science tell us about positive aging?

It’s incredibly good for our health.

I saw a 2019 study that said positive thinking can result in an 11% to 15% longer lifespan and can increase your likelihood of living to 85 or older. And Elizabeth Blackburn, who won the Nobel Prize [and was a 2017 Next Avenue Influencer in Aging] found that some behaviors of positive aging had the unintended effect of protecting and lengthening your telomeres, which act as an aging clock in every cell.

It’s difficult to make a blanket statement that if you practice positive aging you will live longer. But I think we can make a pretty strong statement by inserting the word ‘may.’ There is a likelihood your lifespan will be extended by practicing positive aging, due to healthy telomeres.

And what does positive aging have to do with ageism?

The roadblocks to aging in America are ageism, the ‘alone crisis’ and attitudes about being ‘forever young.’ We live in a forever-young society that says you’re swimming upstream against the current as you age. Young people are looked on as healthy and older people as stale and useless.

And you tell people ‘it’s time to reclaim your life.’ What do you mean?

I have six building blocks for positive aging: Your inner spirit; mindfulness; positivity; the Four As [acceptance, adaptation, appreciation and attitude]; social support and balance. Reclaiming your life has to do with: ‘All right, now that you’ve learned what type of behavior you should be exhibiting and the lifestyles you should be living, let’s look at the activities you can get involved with as a positive-aging mindset.’

One of them is to write a bio legacy, your life story. It gets people to think long and hard about their life and what they did and how meaningful it was. It will give them a boost of energy to do more meaningful things in their senior years.