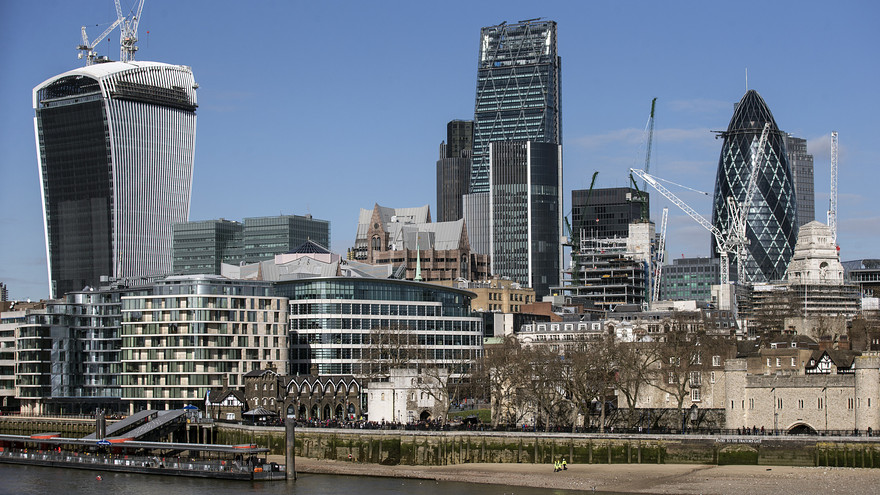 The FTSE 100 /zigman2/quotes/210598409/delayed UK:UKX -0.31%  was up 0.2% at 6,837.75. That gain was subdued compared with those in European equity markets /zigman2/quotes/210599654/delayed XX:SXXP -0.78% , which continued to rally on prospects that a Greek debt deal is taking firmer shape.The British blue-chip index has risen for the past four sessions, including a 1.7% jump on Monday after revised reform proposals from Athens were met with optimism.

“The feeling of not knowing is the worst, and dealers don’t know whether to bank their profits or to keep going long in the hope that a deal will be hammered out towards the end of the week,” wrote David Madden, market analyst at IG, in a note. “If they are not fed positive news in quick succession, [traders] can lose interest very fast.”

In Tuesday’s trade, Sports Direct  shares climbed 3.2% to £7.26 ($11.48), headed for their best close since mid-January after RBC Capital Markets lifted its rating on the sports apparel retailer to outperform from sector perform. Sales have been bolstered by the introduction of a click-and-collect service, and concern about labor contracts has subsided, said RBC.

Associated British Foods /zigman2/quotes/204493701/delayed UK:ABF -1.09%  shares, meanwhile, fell 0.6% after RBC cut its rating on the Primark owner to sector perform from outperform. The company “is lacking earnings momentum, the U.S. apparel market remains very competitive, and we see more valuation upside for some other stocks in the sector,” the broker said. Primark is planning on launching in the U.S., with the first store expected to open in Boston later this year.

Bunzl PLC /zigman2/quotes/201880362/delayed UK:BNZL -2.16%  shares trailed all others on the FTSE 100, falling 1.6%. The support-services firm said it expects first-half revenue to have risen by around 6%, largely because of recent acquisitions. Bunzl also said it’s buying four more small companies.

Jefferies analyst Will Kirkness wrote in a note that Bunzl’s group organic growth of 1% in the first half was below its estimate of 2% growth, and “implies another sequential slowdown from 2% in 1Q to 0% in 2Q.”