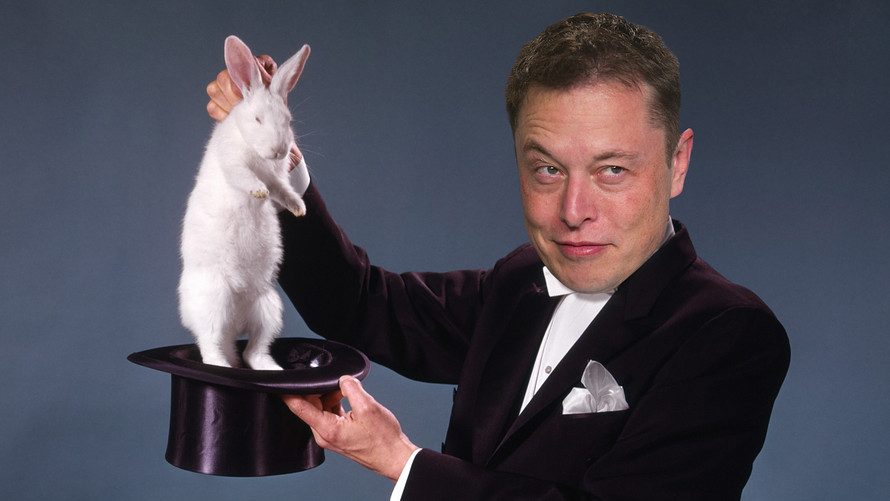 ‘It’s one thing to bet on Elon Musk, but it’s another thing to bet against him. The guy specializes in pulling rabbits out of the hat.’

That’s Carson Block, the short-seller behind Muddy Waters Capital, talking with Bloomberg’s Tracy Alloway and Joe Weisenthal in a podcast this week about the iffy prospects of taking a short position on Tesla (NAS:TSLA)  in the face of the stock’s torrid rally.

“I’m not short the stock, thank God,” he said. “We used to joke that Tesla, when it files for bankruptcy, will probably have a $30 billion market cap. Short it at your own risk. I wouldn’t do that.” 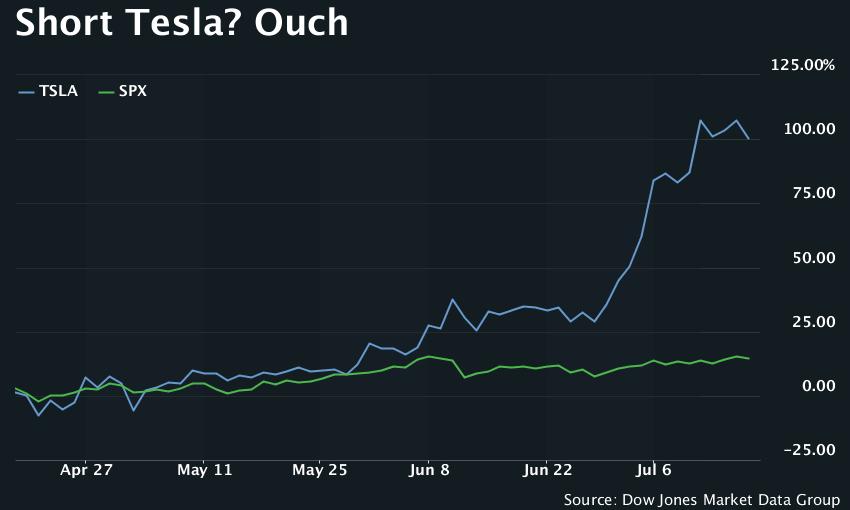 But that hasn’t stop other investors from piling on with their short bets, with the value of those wagers surging to $20 billion at last check, according to data from Bloomberg News.

Block, who called Musk a “fundamentally dishonest person... who’s done some incredible things,” has dabbled in Tesla before, having bought the company’s convertible bonds and then used the coupon payments to fund long-dated put options on the stock. He’s completely out now though.

Here’s a snippet from the recent interview:

Tesla shares were dragged down with the rest of the market Thursday, as the Dow (DOW:DJIA)  , S&P (S&P:SPX)  and Nasdaq (AMERICAN:COMP) were all stuck in the red.