Lotus rises from the dead with a 2,000-horsepower electric sports car

The $2.1 million Evija is the first Lotus model since China’s Geely took control of the British car company 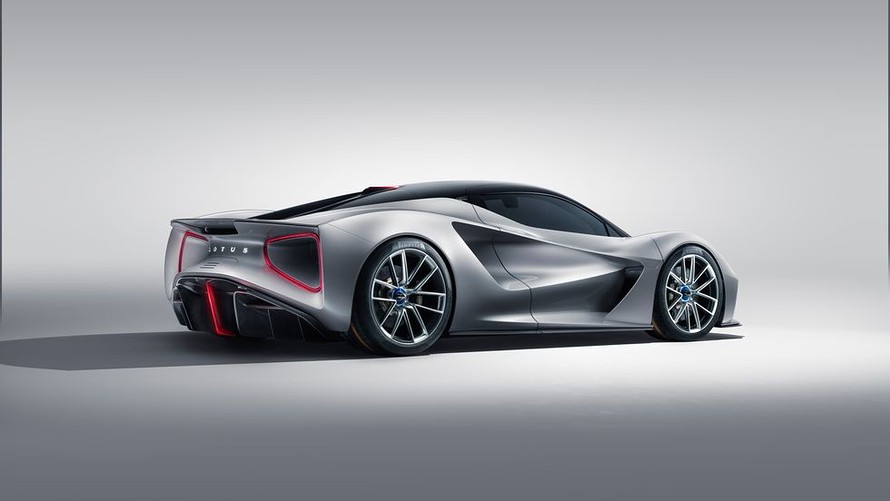 The Lotus Evija, meaning “the living one” or “the first in existence,” is one of the most beautiful cars I’ve ever seen. It’s the first British hypercar and the first electric vehicle (EV) built by Lotus of Hethel, England.

Evija, pronounced “eh-vai-jah,” is unlike any other car. Its curves and “porous” design make not only for interesting visuals, but also for an outstanding aerodynamic profile. Instead of slicing the air as it speeds, as other cars do, the Evija was designed to encourage air flow through openings in its chassis.

That increases the car’s efficiency and stability while being propelled by four electric motors pushing almost 2,000 horsepower combined, enabling it to reach a top speed of 217 miles per hour. Lotus hasn’t tested this number yet, but according to the company, the car can accelerate from 0-60 mph in less than 3 seconds. That alone could give Tesla’s /zigman2/quotes/203558040/composite TSLA +3.62%   Model S a run for its money when the numbers come in. (Tesla claims its upcoming new Roadster goes 0-60 in 1.9 seconds. Remember, also, that Tesla’s first car, the original Roadster, was a heavily modified Lotus Elise.) Lotus claims the Evija can reach 186 mph in less than 9 seconds, which is “better than any other direct competitor,” the company says.

Lotus’ hypercar should be able to reach 250 miles before its 70 kilowatt-hour (kWh) battery runs out of juice. Recharging up to 80% of the battery’s capacity at an 800-volt, 350 kW, Level 3 fast charger will take 12 minutes, while you’d need to wait additional six minutes for a full charge. Impressive, but still not the world’s fastest-charging battery pack despite the company’s claim — the Porsche Taycan’s battery charges from 0-100% in only 15 minutes. It’s powerful, nevertheless, when we take into account enormous power-hungry motors and electronics.

While the exterior is incredible looking, the interior is equally beautiful. The main console is clean and high-tech-looking, almost resembling a futuristic fighter jet. From the hexagonal, honeycomb-like structure of the dashboard buttons, to the fully digital central console perched above the racing-style wheel, every element seems to be carefully thought out and put together. Holes and curved, open spaces between surfaces go well together with the overall porous theme of the car, and its elegance is emphasized by Alcantara-lined seats and steering wheel.

The Evija offers technical amenities and novelties one would expect from vehicles in its price range, and these are only a few: Instead of classic “mirror-based” headlights, the car features laser lights to light up the road. Mirrors are replaced by pop-up cameras that display images taken at various angles behind the car. Evija is equipped with dihedral doors lacking handles — they open only via a key fob. Finally, a companion app can be used to display the information about the car and access its many features.

After a decade-plus hiatus, the Lotus Evija was introduced not only as a British hypercar flagship, but also as a statement: The company is still alive and kicking. The same could not have been said only a few years ago; since the layoff of Lotus’ CEO in 2012, the road had been rocky for the British car company until it was acquired by Geely, a privately held global automotive group based in China. Already owners of Volvo, Geely took hold of Lotus in 2017, and judging by the Evija, things are looking up.

This car isn’t for everyone, though, and the British manufacturer wanted to make sure of that. Lotus plans to produce only 130 of these beauties, making the Evija one of the scarcest cars on the planet. If quantity wasn’t prohibitive enough, the price most likely will be: The model goes for a little over $2.1 million. If you want to secure yours, make sure to put in a $300,000 deposit , and the vehicle will be yours in 2020.

Read other electric-vehicle features on MarketWatch:

• Move over, Ferrari and Lamborghini — this Italian electric car’s 1,900 horsepower makes it faster than a Formula 1 racer