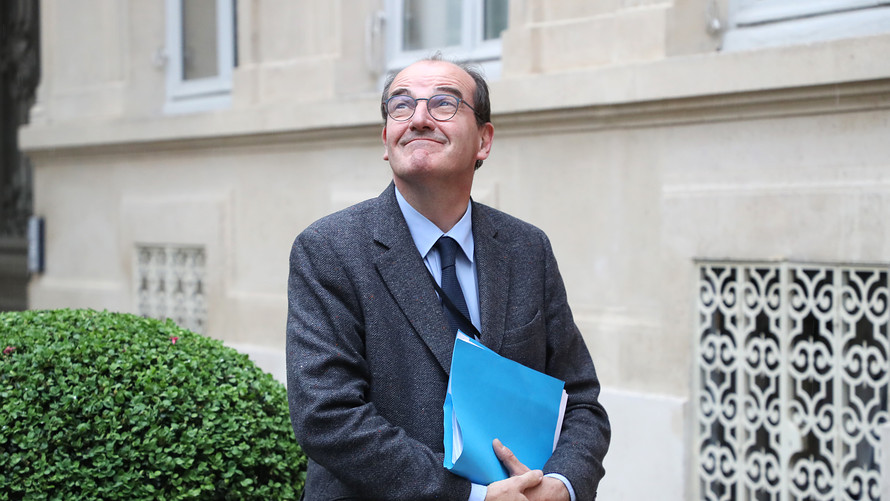 Emmanuel Macron on Friday appointed as France’s new prime minister an unknown technocrat whose only political experience has been as mayor of a small southern French city, in a bid to centralize power more closely two years before his shot at being re-elected France’s President in 2022.

Jean Castex, 55, was until Friday the man tasked by the government with the coordination of France’s cautious exit from the lockdown and other restrictions forced upon the population by the COVID-19 pandemic. He has no central government experience as minister, but served as deputy chief of staff to Nicolas Sarkozy in the last year of the former conservative president’s term, from 2011 to 2012. Castex has been the mayor of Prades (population 6,000) since 2008.

Édouard Philippe, who served as Macron’s prime minister since the president’s election in May, 2017, resigned on Friday morning, after the French leader had repeatedly hinted in recent days that he wanted to take the country on a “new path” (“nouveau chemin”) in the last part of his five-year term. Philippe was comfortably re-elected as mayor of Le Havre in Sunday’s municipal elections, which throughout France marked a resounding electoral defeat for Macron’s party La République en Marche.

In the last months, Philippe’s popularity had soared ahead of that of the unpopular French president, due in part to his handling of the coronavirus crisis, which the French seem to have appreciated for its calm and no-nonsense approach. The former PM was said to be in recent weeks more cautious than Macron on the speed and timeline of the lockdown exit.

Like Philippe, Castex hails from the mainstream conservative party Les Républicains, which has been split in the last three years between its pro and anti-Macron wings. His appointment seems to indicate that the French President intends to keep staking firmly the center-right ground, even though he has been said to contemplate veering left to broaden his electoral base.

Sunday’s elections were marked by a surprise strong showing by the Green party Europe Écologie Les Verts (EELV), which, in alliance with the much-weakened socialist party, has gained control of several major French cities like Lyon or Bordeaux. Macron immediately responded the next day by agreeing to almost all the demands of a “climate citizen convention” and promised to make environment the priority of his remaining presidency.

Macron has also promised to keep his market-friendly reform drive intact in his last two years, and to push through the controversial pension reform that was stuck in Parliament when the coronavirus pandemic forced the government onto other priorities. He has also pledged to tackle youth unemployment and the condition of the elderly, in an attempt to build the broad electoral tent that would allow him, or so he thinks, to obtain a second mandate in two years’ time, whatever the current depth of his unpopularity.