‘When we did this report, we assumed the path was getting better,’ Shulman tells MarketWatch 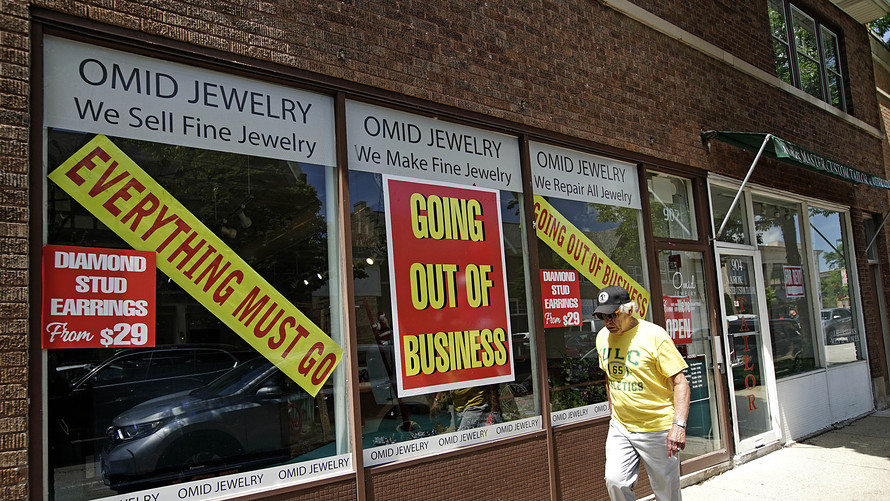 The road to recovery for the U.S. economy from the COVID-19 pandemic could be a very long one, predicts David Shulman, senior economist at UCLA Anderson School of Management in a recently published quarterly research report.

‘Make no mistake, the public health crisis of the pandemic morphed into a depression-like crisis in the economy.’

Shulman said the current economic damage created by lockdowns and closures that have been put in place for months goes well beyond a garden-variety economic recession. “To call this crisis a recession is a misnomer,” he warned.

“Make no mistake, the public health crisis of the pandemic morphed into a depression-like crisis in the economy,” he wrote. Shulman is forecasting a 42% annual rate of decline in real gross domestic product for the current quarter, which he says will be followed by a so-called “Nike swoosh,” or more gradual recovery “that won’t return the level of output to prior fourth quarter of 2019 peak until early 2023.”

“Too many small businesses will fail, and millions of jobs in restaurants and personal service firms will disappear,” Shulman wrote. “For too many workers, the recession will linger on well past the official end date of the depression.”

Check out: ‘Finance is, like, done. Everybody’s bought everybody else with low-cost debt’ says ValueAct co-founder Jeff Ubben — ‘Elizabeth Warren was right’

Shulman’s forecast comes as the U.S. counted 34,700 new confirmed cases on Wednesday, according to the Associated Press, the highest level since a late April peak number of 36,400. While New York and neighboring states have succeeded in flattening their infection curve, 29 states still see increasing cases over the last 14 days, according to a New York Times tracker.

The resurgence of the viral outbreak, which has infected 9.5 million people world-wide, has delayed business reopenings in many parts of the U.S. and compelled Texas to pause its reopening plans. Texas Gov. Greg Abbott said he froze the reopening of the state in response to the spike in cases of COVID-19 and hospitalizations.

Shulman told MarketWatch that when he prepared the economic forecast, the viral outbreak looked to be more contained and acknowledges that his grim prediction could be even worse if the virus gets out of control in many of the hotspot states.

“When we did this report, we assumed the path was getting better,” he said. “This big acceleration [in cases] happened in the past week,” he added. The economist said that the surge in infections and hospitalizations could lead individuals to impose their own lockdowns, notwithstanding any put in place by local and federal governments.

Meanwhile, the stock market has been focused on bright spots in the economy and has been mostly disconnected from a labor market that continues to demonstrate softness, even if the worst of the acceleration in job losses has passed.

Read: A by-the-numbers look at COVID-19’s toll on American lives and livelihoods

For Shulman’s part, he finds the market’s moves befuddling.

“I really don’t understand the market. I’m not a day trader,” Shulman told MarketWatch, while also saying he is not an epidemiologist.

That said, he thinks that if a vaccine arrives, which he predicts could hit in the first quarter of 2021, the rebound in the economy could take fuller shape. “If the vaccine works quicker, it could be a better outcome for the economy,” he said.

Read: The decline of the U.S. dollar could happen at ‘warp speed’ in the era of coronavirus, warns prominent economist Stephen Roach

Also read : Stock-market legend who called 3 financial bubbles says this one is the ‘Real McCoy,’ this is ‘crazy stuff’