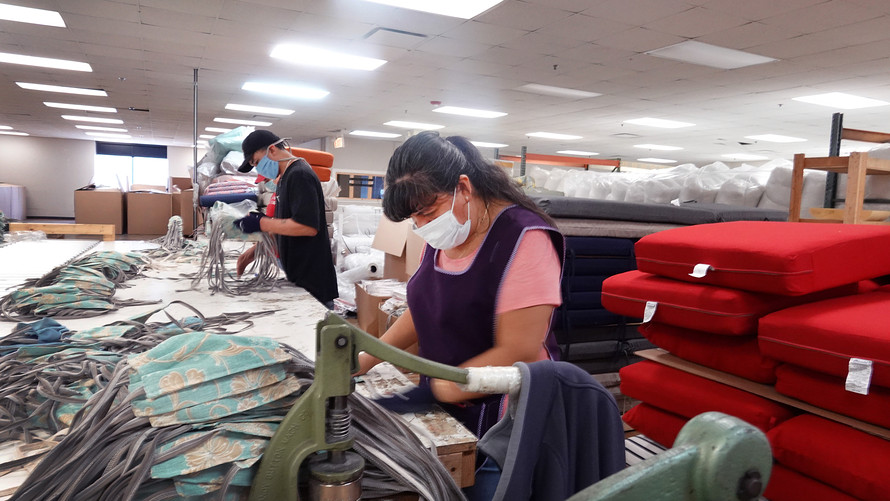 Getty Images
Mosst manufacturers are suffering, but not all of them. Those that make foodstuffs and safety equipment are holding up better than others.

The numbers: American manufacturers began to feel the brunt of the coronavirus pandemic toward the end of March as new orders and employment fell to the lowest level since the end of the 2007-2009 Great Recession, a new survey of executives showed.

The Institute for Supply Management said its manufacturing index slipped to 49.1% last month from 50.1%. Readings under 50% indicate more companies are contracting instead of expanding.

Economists surveyed by MarketWatch had forecast the index to drop to 44%, but the survey was completed before widespread sections of the U.S. economy were shuttered.

The index is all but certain to sink next month, though a few industries are likely to hold up surprisingly well because of an increase in demand for products such as toilet paper, sanitizer and other consumer goods in short supply.

Read ‘I am scared of losing my income, my shop and my home’ — businesses fear for future

What happened: New orders for manufactured goods slumped in March. The ISM’s new-orders index fell 7.6 points to 42.2% — the lowest level since the end of the 2007-2009 Great Recession. “COVID-19 has caused a 30% reduction in productivity in our factory,” said an executive at machinery manufacturer.

The ISM index is compiled from a survey of executives who order raw materials and other supplies for their companies. The gauge tends to rise or fall in tandem with the health of the economy.

Read: Why Friday’s jobs report for March won’t tell the full story of a plummeting economy

Big picture: Efforts to contain the coronavirus epidemic by shutting down large parts of the economy are slamming virtually every company, including manufacturers. Some have had to close, others can’t get necessary supplies and others have are seeing a big slump in demand.

A few manufacturers such as those that produce food, medicine, safety equipment and home supplies are faring better, in some cases even seeing an increase in sales.

“We are experiencing a record number of orders due to COVID-19,” said a senior executive at a company that makes food and beverages.

But they are few and far between. The news is only going to get worse in the short run.

What they are saying? “The headline looks not too terrible, but the details are far worse. The new orders and employment indexes both fell to their lowest levels since 2009,” said Ian Shepherdson, chief economist at Pantheon Macroeconomics.