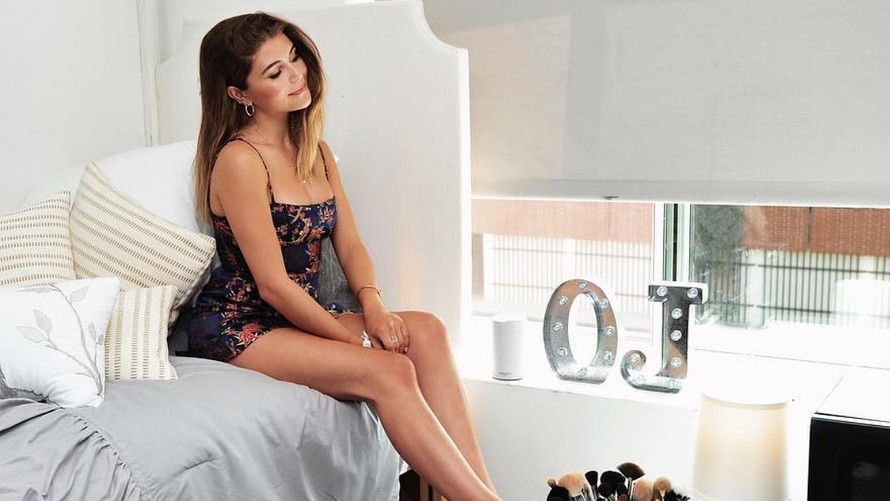 If you’re sort of feeling sorry for the people caught up in the college admissions scandal but really wish you weren’t, Olivia Jade Giannulli can help with that.

‘I don’t know how much of school I’m gonna attend. But I’m gonna go in and talk to my deans and everyone, and hope that I can try and balance it all. But I do want the experience of like game days, partying… I don’t really care about school, as you guys all know.’

That’s what the daughter of Lori Loughlin and Mossimo Giannulli, two of the high-profile names charged in “Operation Varsity Blues,” had to say last year about her admittance to the University of Southern California.

Here’s the video, which has now been viewed about 1.3 million times, that resurfaced on social media after the scandal broke.

Giannulli, with almost 2 million followers on YouTube and another 1 million on Instagram, apologized days after the video was published:

“I said something super ignorant and stupid, basically,” she explained. “And it totally came across that I’m ungrateful for college — I’m going to a really nice school. And it just kind of made it seem like I don’t care.”

After that, Giannulli, according to the New York Times , got back to the business of making money by incorporating college into her brand as a paid influencer with posts like this about Amazon’s (NAS:AMZN)  paid membership program:

Of course, we now know that, according to the Justice Department, her parents paid bribes amounting to $500,000 to get Giannulli and her sister into the school.

Giannulli’s mother was taken Wednesday into FBI custody, where she faces charges of conspiracy to commit mail fraud and honest services mail fraud, according to a criminal complaint. Her father, a well-known fashion designer, posted bail on Tuesday after being arrested for the same charges.

Giannulli was reportedly celebrating spring break in the Bahamas on a yacht owned by a USC board of trustees member when the indictments were handed down Tuesday. Late Wednesday, USC’s interim president said the status of current students involved in the scandal will be reviewed.