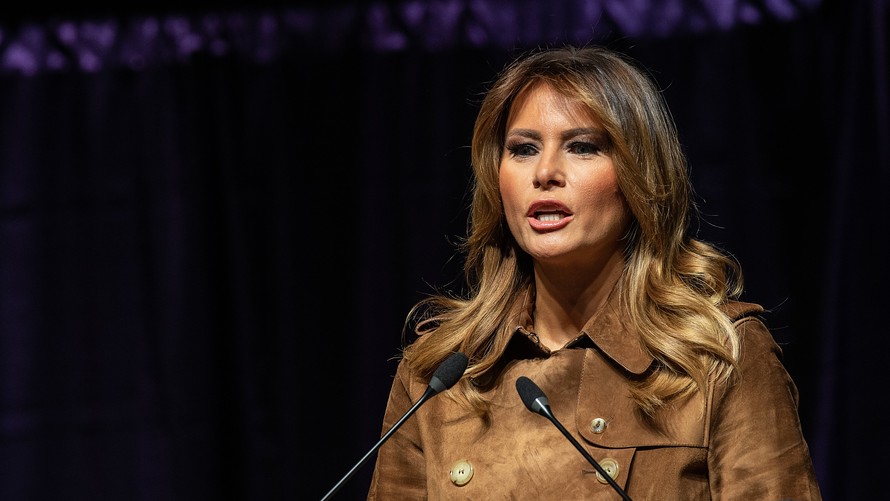 The first lady is not kidding around.

Stanford constitutional law professor Pamela S. Karlan went viral during the impeachment hearings on Wednesday for tearing into Republican Rep. Doug Collins, and telling him that she was “insulted” by his suggestion that she hadn’t read the witness transcripts. What’s more, she stated that everything she has read “tells me that when President Trump invited, indeed demanded, foreign involvement in our upcoming election.”

“The Constitution states that there can be no titles of nobility. So while the president can name his son Barron, he can’t MAKE him a baron.”

Her comment got a few laughs at the hearing, but Barron’s mother didn’t find it so funny.

First lady Melania Trump, whose “Be Best” initiative advocates against bullying, tweeted that Karlan “should be ashamed.”

Other supporters of the president didn’t find it so funny, either. Rep. Matt Gaetz, R-Fla., told Karlan that her “little joke about Barron … makes you look mean” during the hearing.

Karlan apologized for her remark as the hearing continued late Wednesday. “It was wrong of me to do that,’’ she said, according to the Associated Press. “I do regret it.”

“Only in the minds of crazed liberals is it funny to drag a 13-year-old child into the impeachment nonsense,” she wrote. “Pamela Karlan thought she was being clever and going for laughs, but she instead reinforced for all Americans that Democrats have no boundaries when it comes to their hatred of everything related to President Trump. Hunter Biden is supposedly off-limits according to liberals, but a 13-year-old boy is fair game. Disgusting.”

McEnany added, “Every Democrat in Congress should immediately repudiate Pamela Karlan and call on her to personally apologize to the president and the first lady for mocking their son on national TV.”

The Trump family has been fiercely protective of the 13-year-old boy, such as slamming actor Peter Fonda for posting a tweet last year that read, “We should rip Barron Trump from his mother’s arms and put him in a cage with pedophiles.” Fonda later apologized for the “highly inappropriate and vulgar” tweet. In 2017, “Saturday Night Live” writer Katie Rich was suspended after tweeting that “Barron will be this country’s first homeschool shooter,” when Barron was just 10. She also apologized, and former first daughter Chelsea Clinton, a Democrat, also came to the boy’s defense, writing on Facebook /zigman2/quotes/205064656/composite FB +2.12%   that “Barron Trump deserves the chance every child does — to be a kid.”

But many on Twitter /zigman2/quotes/203180645/composite TWTR +1.62%   argued that professor Karlan’s wordplay on Wednesday was not in the same league as these previous attacks on the first son, and called the Republican response “fake outrage.”

This report has been updated with Karlan’s apology.