Shares of Mellanox /zigman2/quotes/202453629/composite MLNX -0.93%  fell 16% in heavy volume after a brief halt as the company reduced its fourth-quarter revenue outlook to a range of $119 million to $121 million, below its previous guidance of $145 million to $150 million. Read more on Mellanox. 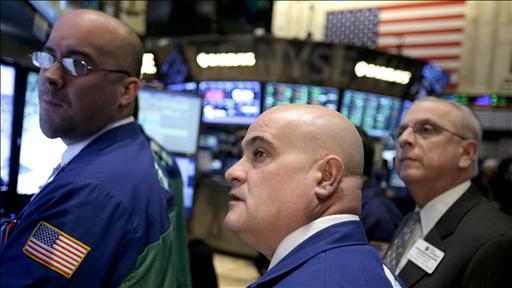 Stocks surges on the first day of the trading year after Congress passed a bill averting the worst of the fiscal cliff, Steven Russolillo reports on Markets Hub.

Landec Corp. /zigman2/quotes/202795542/composite LNDC +1.35%  shares advanced more than 4% after the food-packaging manufacturer reported that its second-quarter profit more than doubled and it restated its first-quarter results to account for a $2.9 million undervaluation for its investment in Windset Holdings. Correcting the miscalculation adds $1.8 million, or 7 cents a share, to Landec’s quarter ended August 26, 2012, for total first quarter earnings of 17 cents a share. Read more on Landec earnings.

Hot Topic Inc.  shares were also unchanged after the specialty retailer said its holiday same-store sales rose 2.2% and estimated 2013 earnings to increase 30% to 35% from 2012. Read more on Hot Topic.