Based on his value, he’s worth as much as the next two highest-paid players combined 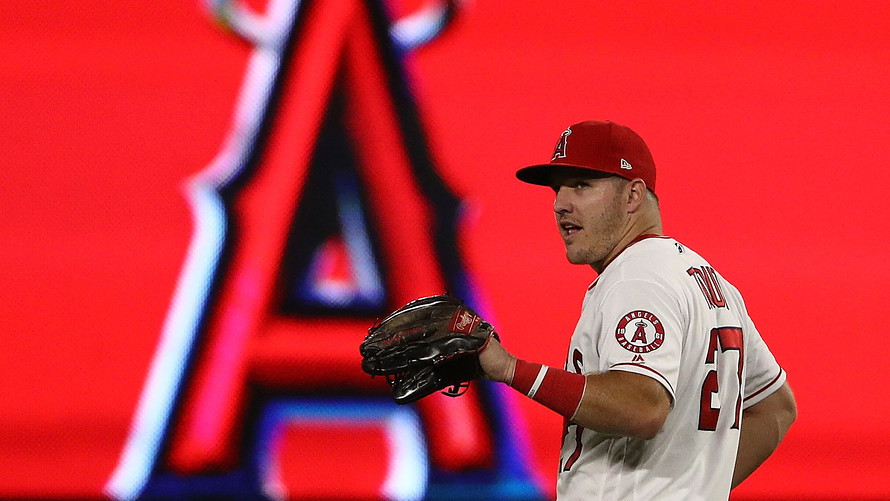 Major League Baseball doesn’t market its individual players as much as leagues like the NBA and NFL, so a lot of people might not have heard of Mike Trout. But he’s been arguably the best player in baseball for over five years, and now he’s the highest-paid athlete in the country.

Trout, 27, recently signed a contract extension that will pay him a total of $426.5 million until he’s 39 years old. Born in New Jersey, Trout was picked by the Angels in the first round in 2009. He was AL rookie of the year in 2012 and has been an All-Star seven times, baseball’s MVP twice, and he’s finished second in MVP voting four times.

Fangraphs bases this on what is called WAR , or wins above replacement. The equation for WAR is:

Without getting too wonky, WAR is an attempt “to summarize a player’s total contributions to their team in one statistic,” according to Fangraphs, who adds that it “attempts to estimate a player’s total value relative to a free available player, such as a minor league free agent.”

Another thing to consider about the pay of baseball players is that they generally make a lot less from endorsements. For example, according to Forbes, Trout made $2.5 million from endorsements last year. His sponsors include BodyArmor, Rawlings, Topps, Nike . By comparison, the best players in the NBA made more than 20 times that much — LeBron James made $52 million in endorsement money last year and Steph Curry made $42 million.

Here’s a look at the biggest contracts in MLB, according to mlb.com , once Trout signs.

Steven Kutz is a senior editor. He writes about the business side of sports and edits 'The MarketWatch Q&A' and 'The Best New Ideas In Money.' You can follow him on Twitter @StevenKutz.