On Cyber Monday, do this one important thing instead of shopping 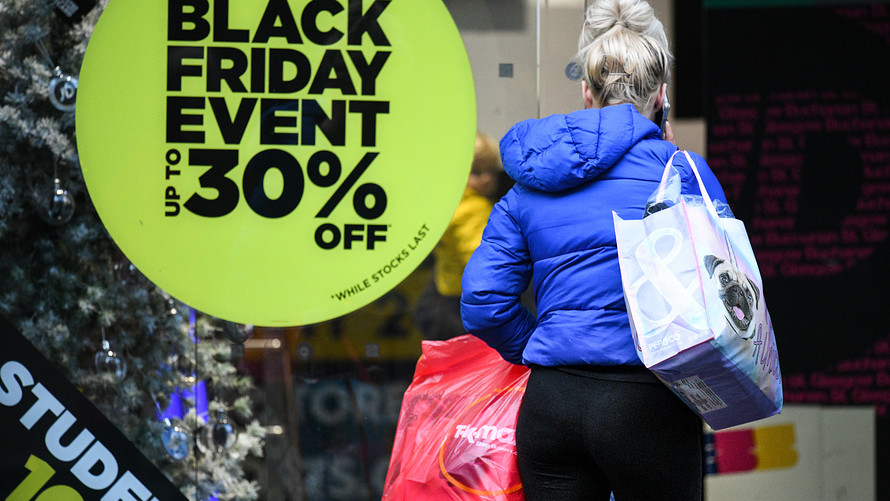 Jeff J. Mitchell/Getty Images
Americans admit to one Achilles heel in their finances that should preclude spending money online on Cyber Monday.

The recent volatility in the stock market may be just one red flag that Americans should tighten their belts. Rising interest rates, they say, is another. But despite record-low unemployment and rising wages, Americans admit to one Achilles heel in their finances that should preclude them from shopping on Cyber Monday. If — like most Americans — you don’t have at least six months of savings, economists say you should make that your gift to yourself for the holidays.

Cyber Monday is set to be biggest U.S. online shopping day in history. It’s expected to generate $7.8 billion in sales, up nearly 18% on last year, which would make it the biggest online shopping day in the U.S., according to Adobe Analytics. That’s more than the $6.2 billion in online sales for Black Friday, up nearly 24% on last year. But it still pales in comparison to China’s $30.8 billion in spending on Alibaba Singles Day last month.

Nearly one quarter (23%) of people say a lack of emergency savings is the one financial issue that keeps them up at night. Some 22% who say they don’t have enough retirement savings, 20% fear they’ll be the victim of some kind of fraud, 19% worry about losing their job, 9% fret about losing their health insurance and 7% say poor credit is the one thing that keeps them awake at night.

‘If I had to wager a bet on it improving in the next 12 months or getting worse, I would vote in the direction of the economy getting worse.’

That’s according to a recent survey released by personal-finance site WalletHub.com. With credit-card debt now exceeding $1 trillion, it may be less of a surprise that 4 in 10 people say they overuse their credit card. In fact, 3 in 10 people describe their finances as a “horror show.”

A slew of recent research suggests people have only a few hundred dollars saved for a rainy day.

The median American household currently holds just $11,700 in savings, according to a recent analysis of Federal Reserve and Federal Deposit Insurance Corp. data by personal-finance site Magnify Money. The top 1% of households in the U.S. by income have a median savings of $1.1 million across a variety of saving accounts. The bottom 20% by income have no savings accounts and the second lowest 20% income earners have just $26,450 saved.

“If I had to wager a bet on it improving in the next 12 months or getting worse, I would vote in the direction of the economy getting worse,” said Debbie Psihountas, professor of finance and dean of Florida Southwestern State College’s School of Business and Technology. Economists cite the trade war with China, volatility in the stock market and rising interest rates as a triple threat.

Bradley Stevenson, an associate professor of finance at Bellarmine University, attributes the financial jitters to a lack of financial planning, which experts say should start when people are children. “This goes back to budgeting and understanding personal finance,” Stevenson said. “The lack of education most people have about their personal finances makes this more likely.”

One reason why people aren’t freaking out over the stock market: After nine years, the current bull market is the longest since World War II. What’s more, just over half of people (54%) actually own stocks, which includes individual stocks, as well as employer-sponsored 401(k) plans, mutual funds or an IRA account. And two-thirds of Americans don’t have access to a 401(k) plan.

‘Build an emergency fund. Save and invest for the future.’

—Laura Hendrix, an associate professor at the University of Arkansas

Millions of Americans have more pressing financial issues, namely putting food on the table. Nearly 40% of adults said their families had trouble meeting at least one basic need for food, health care, housing, or utilities last year, according to a recent survey by the Urban Institute, a nonprofit policy group based in Washington, D.C. Nearly 24% reported two or more such hardships.

The most common hardship Americans said they faced was food insecurity, with 23% of respondents saying they did not have reliable access to a sufficient amount of affordable and nutritious food. Others included paying medical bills (18% of respondents), getting medical care (17.8%), missing utility bill payments (13%) and missing rent or mortgage payments (10.2%).

Even with unemployment at a 48-year-low, some Americans remain skittish about their own economic future, citing stagnant wages and an uneven recovery in the housing market. “Build an emergency fund,” said Laura Hendrix, an associate professor of personal finance and consumer economics with the University of Arkansas. “Save and invest for the future.”

People remain worried there will be another financial crisis in the next 10 years, a recent report by online investing company Betterment found. Some 27% of investors who saw their portfolios dip 10 years ago think it will happen again sooner rather than later, yet 61% still have more than $10,000 invested in the market in 2018. Most worrying for the authors of the report: Of those who were not investing in 2008 — roughly half of respondents — 87% are still not investing today.

“The news reports about markets are biased towards fear and negativity: crashes are newsworthy, but steady growth isn’t unless it’s to stoke fear of another crash,” Dan Egan, vice president of Betterment’s behavioral finance and investments, wrote in the report. He added, “The data reinforced a lot of what we already feel and see on Wall Street: People are slow to trust big banks again, and understandably worried this will happen again.”

Don’t miss: Brace yourself: This is how much America’s 1% has saved