Banks across China tied to Shide Group, whose chairman is missing

By Wen Xiu and Yu Ning

BEIJING ( Caixin Online ) — At least 38 banks say they have lent money to Shide Group and firms linked to it, according to bankers in Dalian.

Xu Ming, the billionaire chairman of the conglomerate based in Dalian, in the northeastern province of Liaoning, has been missing since March 14. Following his disappearance, Caixin learned that banks had started reviewing loans made to Shide.

A source close in the capital previously said Xu was taken into custody by Beijing authorities for questioning on suspicion of financial crimes.

The 38 banks were located not only in Liaoning and neighboring provinces, but also in southern and southwestern provinces such as Guangdong and Sichuan.

A bank executive in Dalian said he and his colleagues believed Shide Group and some of its subsidiaries borrowed more than 7 billion yuan ($1.11 billion) from banks. Another banker said the amount was at least 8 billion yuan. Read previous story on the missing billionaire businessman.

There is growing fear among local bankers that the corporation faces bankruptcy. “If various banks decide to call in loans to his businesses at the same time, the companies’ capital chains would readily fall apart,” one banker said.

A law firm has started preparatory work for a possible bankruptcy at the request of Shide, a source at the firm said. The person did not reveal details of the work or what assets may be involved.

This development unnerved many local bank executives, who said a more appropriate solution to the crisis would be for the government to act as an arbitrator and direct Shide Group to negotiate with banks about asset restructuring and debt repayment.

Four out of five major state-owned commercial banks have a stake in the corporation’s fate. Investigations by various banks of how much Shide Group and its subsidiary companies owe them are still underway because of the business group’s complex equity structure. 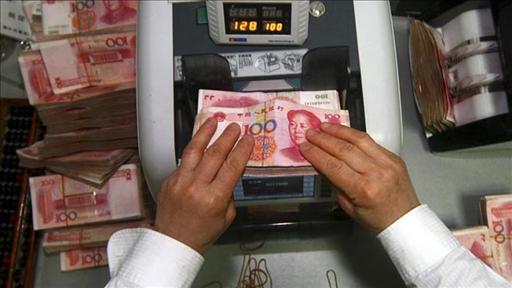 China's central bank widens the yuan's trading range, in a move that could ease trade tensions.