Mobilizing for a climate moonshot 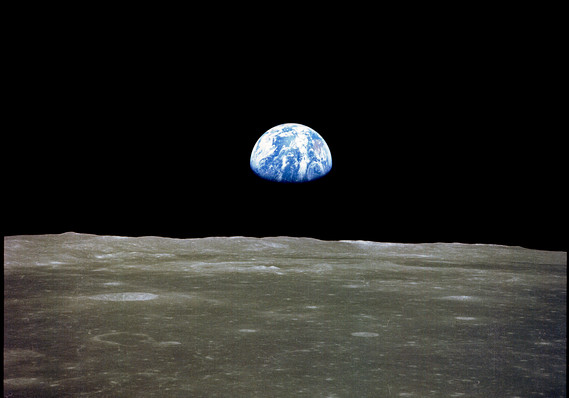 NASA
The Apollo program showed us that Earth is all we have.

LONDON ( Project Syndicate ) — The 50th anniversary of the first Moon landing in July reinforced an important lesson: one of humankind’s greatest feats occurred when imagination, common purpose, and a systemic approach to problem solving won out over siloed thinking and anxiety about where the money would come from.

As President John F. Kennedy made clear in 1961, going to the moon would cost money and entail risks, but it would be well worth it.

Kennedy understood that many of the lasting benefits of innovation happen not just at the end of the process, but along the way, through dynamic spillovers. And in the case of America’s moonshot, he turned out to be right. Much of the technology in our smartphones today can be traced back to the Apollo program and related missions.

Now that humankind is confronting the existential challenge of climate change, our survival depends on reclaiming the public spirit of the Apollo program — and the hope it inspired.

Imagine if we were to bring the same courage, spirit of experimentation, and willpower to bear on the greatest challenge of our time: climate change. Imagine having leaders who would proudly declare: “We choose to fight climate change in this decade not because it is easy, but because it is hard, because that goal will serve to organize and measure the best of our energies and skills, because that challenge is one that we are willing to accept, one we are unwilling to postpone, and one which we intend to win.”

To be sure, the moonshot was motivated by America’s need for a victory — at once highly symbolic and tangible — in the Cold War. But, once the quest was started, it was about solving a specific problem. And, as is typical in most wars, completing the mission came first; worrying about how to pay for it came later.

Given the threat it poses, climate change should be confronted in the same way.

According to the Intergovernmental Panel on Climate Change, we have just 12 years to limit global warming to 1.5°C above pre-industrial levels, or else invite disaster. Such warnings should be a wake-up call for those overseeing public and private budgets.

As the young climate activist Greta Thunberg puts it, we must approach the issue with the same urgency “as if our house is on fire. Because it is.”

To that end, we should heed the primary lesson of the Apollo program: that inspiring people with hope in a mission is crucial to ensuring its success. In the case of climate change, that inspiration must involve rethinking how we organize our societies. We need to start thinking of ourselves as fundamental problem solvers once again.

That means, first and foremost, abandoning the prevailing, ideologically skewed view that governments are lumbering bureaucratic behemoths that cannot innovate. We are told civil servants cannot compare to Silicon Valley entrepreneurs when it comes to taking risks. And yet the moon landing — one of the riskiest endeavors of the past century — was a government project.

I have spent the last year working closely with the European Union to adopt a mission-oriented approach to its spending on innovation.

At the global level, though, the UN Sustainable Development Goals can define our future missions, from reducing greenhouse-gas emissions to removing plastic from the ocean. We must recognize that social missions are even more complex than purely technological ones: they require not just material adjustments, but also behavioral and regulatory change.