Mongolia's prime minister said he intends to resign, raising questions about the future of the coalition government leading the resource-rich country, which has been one of the world's most promising new mining destinations. 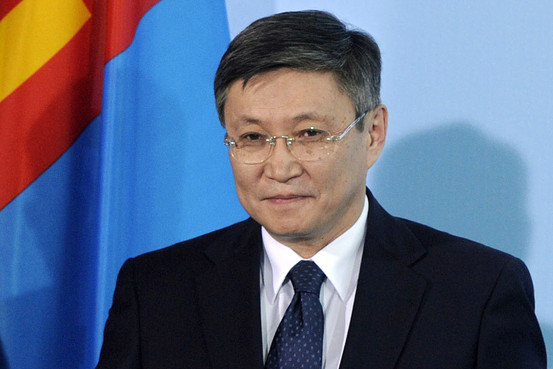 No successor has been named yet for Bayar Sanjaa, in office since 2007, who said Monday he wants to step down as prime minister for health reasons. He has been suffering from liver problems and recently had been hospitalized. His resignation must be accepted by the country's parliamentary speaker.

U. Khurelsukh, secretary-general of the prime minister's Mongolian People's Revolutionary Party, said that the resignation wouldn't have any impact on policy and that the coalition government will continue. The party is expected to meet this week to choose a successor.

Mr. Bayar was instrumental in overcoming years of heated public debate over how to use the country's resources. He helped to seal a $4 billion landmark deal with mining giant Rio Tinto /zigman2/quotes/222358280/composite RTP +2.93% PLC and Canada-based partner Ivanhoe Mines /zigman2/quotes/207656050/delayed CA:IVN 0.00% Ltd. to develop one of the world's biggest untapped gold and copper deposits with the Oyu Tolgoi mine in the Gobi Desert.

As the prime minister is in charge of the government's day-to-day operations and the economy, Mr. Bayar's successor will have significant power to shape the country's policy on foreign investment in its coveted natural resources.

The country has been trying to wring greater concessions from foreign companies, but the global economic slowdown curbed demand for commodities, weakening Mongolia's negotiating position and leaving the country still deeply divided over when and how to exploit its resources. Sparsely populated Mongolia, sandwiched between China and Russia, has been badly hurt by the drop in the price of copper, its chief export. 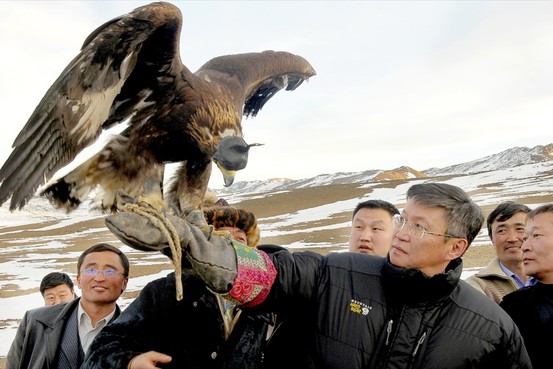 "Finding a successor is crucial both to foreign investment and future of the governing coalition," said a consultant who has been involved in the negotiations over the Oyu Tolgoi deal.

Nick Cobban , a spokesman for Anglo-Australian miner Rio Tinto, said it doesn't expect the resignation to have any impact on the Oyu Tolgoi deal. "That investment agreement was signed with a very broad coalition representing 80% of the members of parliament. It wasn't the prime minister. We are quite confident that his decision to stand down won't impact the agreement," Mr. Cobban said.

Mongolia has at least 24 other undeveloped mineral deposits, including coal, iron ore and uranium, that the government hopes will bring in $25 billion of foreign investment over the next five years.

But the Rio Tinto-Ivanhoe deal took six years, and regulatory and political uncertainties could continue to limit Mongolia's participation in the global commodities boom.

Write to Shai Oster at shai.oster@wsj.com