Jordan Bradford increased her pay, but in a way that can also be a red flag to employers 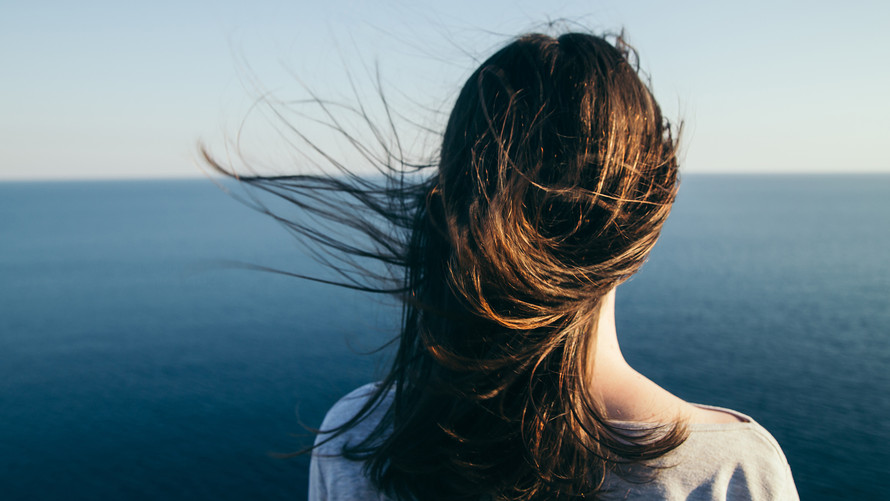 Getty Images/iStockphoto
While employees who stick at the same company can generally expect a 3% annual raise, changing jobs will generally get you a 10% to 20% increase in your salary.

Jordan Bradford graduated college in 2012 with a degree in psychology. After deciding she didn’t want to pursue further education in the field, she got hired at an association-management firm in her home state of Georgia.

“I had this job for five years, but I wanted something new and believed I was being underpaid,” Bradford told MarketWatch.

She looked to Washington, DC, for new opportunities and found a job as a manager at another association-management firm this past November. Soon after taking on the new role in DC, she realized she was being underpaid there as well. She began actively looking for a new job in April and officially switched companies three weeks ago.

“I now have the same role and same title, but I’m making $22,000 more,” Bradford said. “My original company in D.C. was surprised that I was leaving, but they understood my reasoning.”

Bradford is not alone. Many Americans are switching jobs quickly, or at least hoping to.

About one-third — 32% — of U.S. employees say they plan to get a new job this year, according to a recent study carried out by The Harris Poll, commissioned by employment website CareerBuilder . Harris surveyed 1,010 full-time U.S. employees across the private sector.

More than one-quarter of surveyed employees — 29% — say they regularly search for new jobs while they’re employed. And 78% say they’re open to trying something new if the opportunity arises, according to the study.

It’s supported by previous research that suggests job-hopping is on the rise, especially among younger workers: 54% of workers favor switching to a new company after less than two years in a job, according to HR consulting firm Robert Half . That’s up 22% from four years prior.

Millennials are less afraid of the future than Generation X-ers at their age.

Among those surveyed by Robert Half, employees under the age of 34 were most likely to see job-hopping as beneficial to their careers. In fact, three-quarters of that cohort said they believed it would help them advance in the workforce.

Millennials are less afraid of the future than Generation X-ers were at their age two decades ago, Ryan Sutton, district director at Robert Half, said. “And they’ve also seen the ways moving jobs have improved the lives of their parents, their aunts, and older people in their lives.”

The strong economy plays a role

But it’s not just millennials who are inclined to switch roles more quickly. Workers of all ages are moving jobs. In June, 2.4% of employees voluntarily left their jobs, according to the Bureau of Labor Statistics . That’s the highest the quit rate has been since 2001.

‘People are changing jobs because they can. We have a very tight job market.’

“People are changing jobs because they can,” Tony Lee, vice president at the Society for Human Resource Management. “We have a very tight job market right now, so it’s easier to job-hop.”

The unemployment rate currently sits at 3.7% . Earlier in the year, it reached 3.6% — the lowest it’s been since 1969. And there were 7.3 million job openings on the last business day in June . That number has remained steady for the past few months and is the highest number of openings the Labor Department has reported since it started recording the statistic in 2000.

Moving around can boost your salary

Moving jobs quickly can be beneficial to your salary, and that’s typically the main reason people do it. Consistently remaining employed at a company for longer than two years will decrease your lifetime earnings by 50% , according to CPA and tax expert Cameron Keng.

While employees who stick at the same company can generally expect a 3% annual raise , changing jobs will generally get you a 10% to 20% increase in your salary , Keng estimates.

“The biggest benefit you often get from changing jobs is a pay increase you wouldn’t have gotten otherwise,” Lee said.

“It’s easier to get your compensation in line with market levels if you move jobs often,” Sutton said. “It’s essentially the only way to do it.

Besides more money, a new role at a different company can also bring additional responsibilities or experience in an entirely different industry. “This can help you advance your career faster,” Lee told MarketWatch.

“There are great stories of people who have switched companies or industries and have been able to grow their careers way faster than they would have at the original company,” Lauren McGoodwin, the founder of career-development service Career Contessa , told MarketWatch.

Sutton said he’s currently hoping to bring a young woman who left his firm back onto the team. “Her leadership skills have improved immensely because she’s been in a different industry,” he said. “She wouldn’t have been able to do that if she had stayed at the same company.”

But moving can also be a red flag to employers

“Five to six jobs in 10 years is considered job-hoppy,” Sutton said. “And then you may create a perception of flight risk.” In other words, companies could think, ‘Why should I invest in this employee if they’re just going to leave?’”

“I was concerned about moving jobs too fast,” Bradford said. “But it was such a good opportunity.”

“If there’s a valid reason you changed jobs often in the past few years — maybe your company was acquired or you moved states — explain that in a sentence on your resume,” McGoodwin advises.

Millennials are especially interested in perks and making a positive impact.

“Employers want to retain employees,” she added. “They’re tired of overpaying for an employee who only stays one year. They don’t get their money out of that. There is a cost of onboarding employees that they want back and they need to keep their employees happy.”

“I’m very happy with my new job so far,” Bradford said. “There’s a pet policy that allows you to take three days off work if you adopt a pet, and there’s a great work life balance that gives me time to travel and work on my blog .”

Beyond perks, millennials also want to feel as though they’re making a positive impact.

But the biggest factors are still salary and benefits. “For young workers today, compensation matters, and it’s a shame that you need to move companies often to get your salary to the market range,” Sutton said.