Mortgage rates have jumped this week — but could they one day fall to zero? 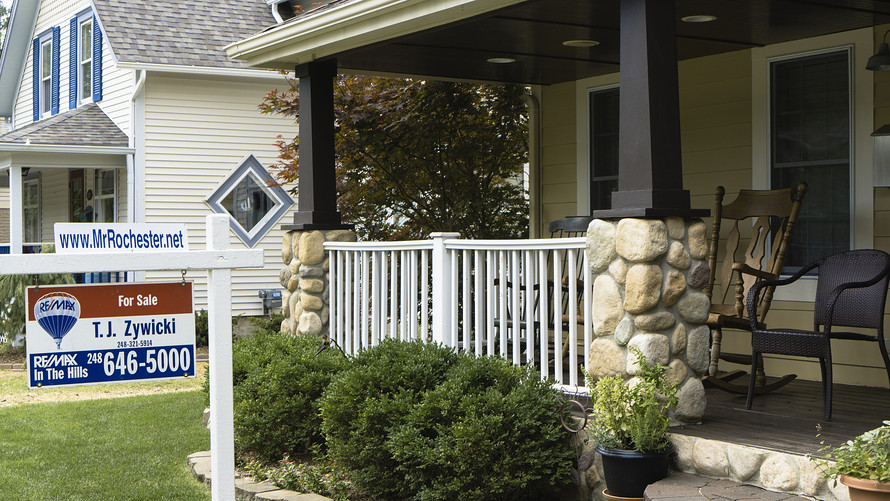 iStockphoto
It got marginally more expensive to buy a home this week thanks to a rise in mortgage rates.

Mortgage rates rose on a weekly basis, even as President Trump called for the Federal Reserve to take its target interest rates negative.

Mortgage rates roughly track the direction of the 10-year Treasury note /zigman2/quotes/211347051/realtime BX:TMUBMUSD10Y 0.00% . The yield on the 10-year note has generally fallen since mid-August.

Low rates have provided a lifeline to the housing market throughout the last few months, as it has helped to ease affordability concerns among buyers. Mortgage applications for home purchases are up 9% from a year ago, according to the Mortgage Bankers Association.

“While there has been a material weakness in manufacturing and consistent trade uncertainty, so far, the American consumer has proved to be resilient with solid home-purchase demand,” Freddie Mac said Thursday.

Read more: This city’s real-estate market is the least likely to tank during the next recession

This week’s uptick in mortgage rates represents only the 10th instance in which rates have increased on a week-over-week basis this year. And increases could continue to prove to be a rarity in the weeks and months to come, based on the Federal Reserve’s decision-making.

The Federal Reserve is still expected to slash the benchmark interest rate by 25 basis points at the end of the month, despite signs of a pickup in inflation. Some analysts are now predicting that further interest-rate cuts could come down the pike, driven by concerns tied to trade and the global economy.

Nevertheless, President Trump continued his attacks on the central bank — becoming the first U.S. president to say he welcomes interest rates below zero.

Of course, Trump likely was not talking about mortgage rates specifically when he made these comments. But what would happen to mortgage rates if the country’s benchmark interest rate dropped below zero?

But a negative-rate environment wouldn’t be great for the U.S. housing market. For starters, it could drive people toward riskier methods of saving, since bank deposit rates would also be negative in such a scenario. Lenders would become stingier with the loans they offer, as it would be costing them money to make loans.

Home prices would also be expected to go up in such a low-rate environment. That’s what’s happened in Denmark. Given that many would-be home buyers are already priced out of the market today, a further increase in prices would aggravate that situation, no matter how inexpensive loan repayment became.

Even if the Fed does at some point push its benchmark rate into the red, it would be a while before such a low rate showed up in the mortgage market. It took seven years in Denmark.