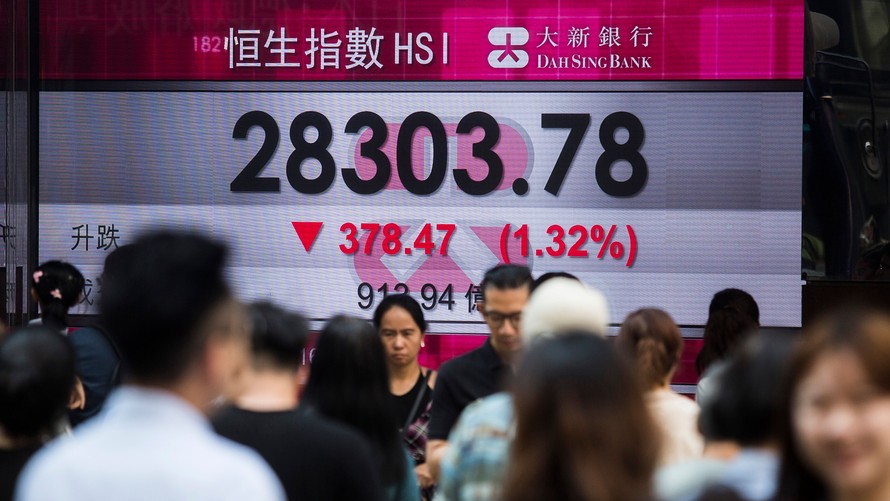 The Wall Street Journal, citing people close to the talks, reported that U.S. and Chinese trade negotiators are “laying the groundwork for a delay” of the new tariffs.

But the rhetoric out of Washington remains confusing for markets. Acting White House chief of staff Mick Mulvaney told attendees at The Wall Street Journal’s CEO Council summit in Washington on Tuesday night that additional tariffs of 15% on consumer goods from China are “still on the table” and could set in on Dec. 15, even as progress toward an interim accord is being made. Trump’s economic adviser Larry Kudlow also said fresh tariffs are “still on the table.”

“Markets hope that the tariff can is kicked down the road while talks are underway,” said Vishnu Varathan of Mizuho Bank in a report. However, he warned, such hopes are “tentative if not fragile” with no commitment from Trump.

Outside of the trade-pact speculation, attention remains fixed on central bank decisions.

The Federal Reserve will wrap up a two-day meeting Wednesday, at which it is expected to hold steady on benchmark interest rates following a stellar November jobs report. Still, investors will be eager to glean details on the outlook for monetary policy. The WSJ reported that Fed Chairman Jerome Powell’s main assignment will be to forge consensus toward a “broader revamp of the Fed’s rate-setting strategy” as he encourages the central bank to let inflation run above its annual 2% target.

Meanwhile, global investors are looking to Thursday’s U.K. election for 650 seats in the House of Commons to break an impasse over departure from the EU and London’s future relationship with the trade bloc. Prime Minister Boris Johnson pushed for a vote more than two years early in hopes of winning a majority. He has promised to take Britain out of the EU by Jan. 31 if his Conservatives win.