‘Most’ Fed officials want to give better guidance to investors about its massive bond-buying program, minutes show

Central bankers are not all on same page about U.S. quantitative easing program 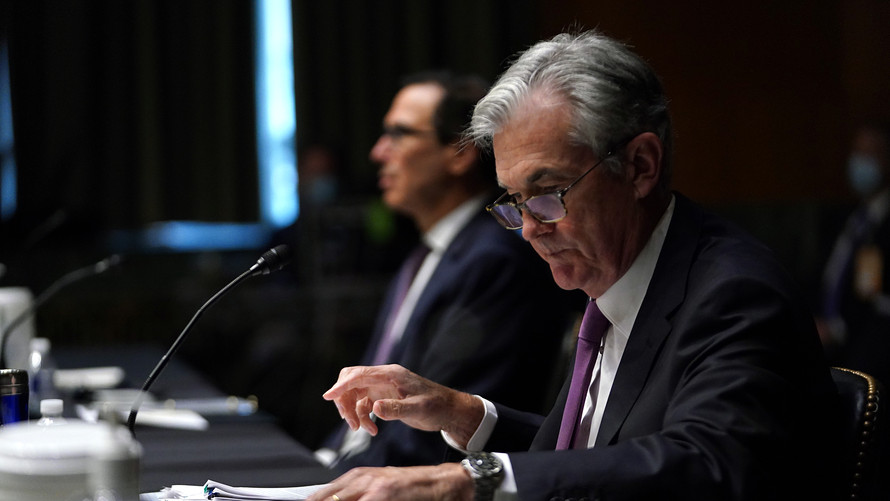 “Most” Federal Reserve officials want to give clearer guidance to investors about the on-going massive bond-buying program including what economic conditions would need to be met before the purchases cease, according to minutes of the central bank’s meeting earlier this month that were released Wednesday.

The central bank is buying $120 billion per month of Treasurys and asset-backed mortgage securities.

The Fed’s interest-rate committee has only indicated that asset purchases will continue “over coming months.”

“Most participants judged that the FOMC should update this guidance at some point and implement qualitative outcome-based guidance that links the horizon over which the FOMC anticipates it would be conducting asset purchases to economic conditions,” according to the minutes.

However, a “few” participants were reluctant to make changes in the near term given the uncertainty about the economic outlook.

Fed officials want the guidance to be consistent with the central bank’s new guidance on when it might raise its policy interest rate off of zero.

The Fed said in September it would keep interest rates in their current range of 0% to 0.25% until the economy has returned to full employment, inflation has risen to 2% and is “on track” to modestly exceed that.

Most Fed officials said the guidance should imply that asset purchases would taper and cease “sometime before” the central bank would begin to raise its benchmark policy interest rate.

Fed officials also talked about adjusting the pace and composition of the bond-buying program.

Many economists think the Fed will begin as soon as next month to concentrate Treasury purchases on the longer-end of the yield curve.

Fed officials only said they didn’t see a need for “immediate adjustment” to the program.

Fed staffers told the committee members that the market generally thinks the asset purchases will continue at the current pace through next year and at a reduced pace in subsequent years.

One idea they discussed was to lengthen the maturity of Treasury purchases while reducing the pace of bond-buying somewhat. There was some concern that this plan would be seen by markets as a tightening step.

There were dissenting voices throughout the discussions but it is hard to gauge from the minutes which are more substantive.

A “few” Fed officials think buying $40 billion of asset-backed mortgage backed securities “could contribute to potential valuation pressures in housing markets,” according to the minutes.

Most Fed officials judged the central bank had the tools to address these circumstances.