Only seven strategies have outperformed a basic formula 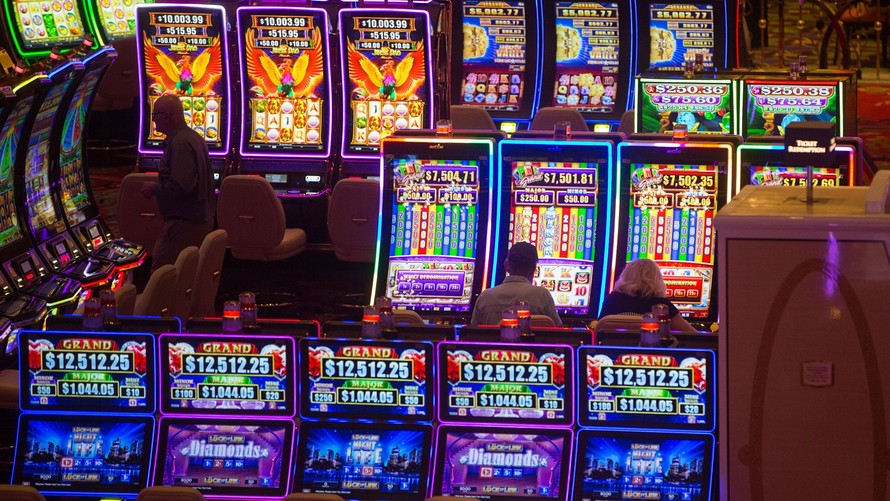 Bloomberg
Most investment newsletters’ market-timing strategies led to results that weren’t necessarily better than those of gamblers, according to a study of 16 years of market data by Mark Hulbert.

Every investor dreams of finding nirvana.

The vision is a simple system that keeps you in equities during bull markets but switches you into cash during crashes. This dream is called market timing. Now a new study by my fellow MarketWatch columnist Mark Hulbert shows it ain’t easy.

Hulbert edited the Hulbert Financial Digest (HFD) for 36 years until it ceased publication in 2016. The digest subscribed to hundreds of financial-advisory newsletters and tracked how much money you would have made (or lost) by following each service’s stock-picking advice on the day you received the information.

HFD’s findings were discouraging. The digest’s stock-picking numbers gave us an early warning that most advisers underperform the overall market, a fact that’s now widely acknowledged. (Although the printed digest is no more, Hulbert continues to track the stock-picking results of a smaller number of newsletters that pay a flat fee to be audited in his online performance scoreboards .)

But what about market timing? Couldn’t that change the odds in our favor?

To answer that question, Hulbert has published a new set of rankings based solely on the proportion of stocks and cash that advisers had recommended over time, aside from their stock picks. The results are shocking:

•  Most timing services simply disappeared. Hulbert’s data in January 2000 included 244 distinct market-timing strategies from 84 advisers. Some of the formulas went short — betting on a decline — upon a bearish signal, while others simply switched to cash. By January 2016, only 77 strategies from 34 advisers still existed. The other timing models vanished, as their financial newsletters went out of business or were merged into other services (presumably because of poor performance).

•  Only a few surviving strategies had meaningfully superior results. Of the 77 strategies that lasted for a decade and a half, only seven had a significantly higher return than the simple old Wall Street rhyme: “Sell in May and go away/Don’t come back ’til All Hallows’ Day.” That procedure — six months out and six months in — requires you to switch to cash on the last day of April, and back into stocks on Halloween.

•  Significantly better performance than the market. The seven winning strategies that beat “sell in May” also surpassed the Wilshire 5000 /zigman2/quotes/211296692/delayed XX:W5000 -1.14%  by more than 1 percentage point annualized, a significant outperformance. The benchmark includes virtually every tradable stock in the U.S. The Wilshire 5000’s total return during the study period was 4.1% annualized. It was followed closely by the S&P 500’s /zigman2/quotes/210599714/realtime SPX -1.11%  total return of 3.65%. The seven superior strategies returned at least 5.47%.

•  Side-stepping a crash is more important than supercharging a bull market. The main benefit of market timing is not inflating the gains of a raging stock rally. Most investors would be ecstatic if they could just get returns close to the market’s while avoiding stomach-turning crashes of 30% or more.

Table 1, shown below, sorts the seven winners according to each adviser’s maximum drawdown — the worst loss between the ends of any two months. (The annualized returns of the seven strategies are close enough that the exact order of gains is unlikely to repeat.) Among the superior strategies, only two published by Timer Digest managed to keep investors’ losses below 30% during the entire 16-year period, while still delivering admirable annualized returns in the neighborhood of 5.5% to 6.7%. 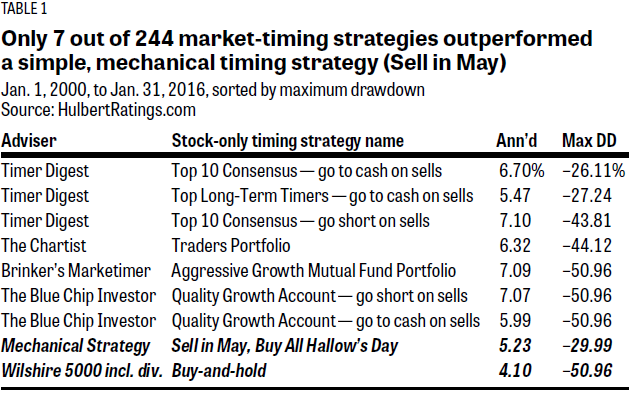 Please take a few deep breaths before you make any decisions based on Table 1. Unfortunately, like many long-term studies, the 16-year results mask important differences that occurred during the two bear-bull market cycles.

I asked the publishers of the four newsletters listed in Table 1 for their comments. Bob Brinker, the editor of Marketimer, said: “Hulbert has always done a great job of keeping track of the investment-letter sector.” Steve Check, the editor of The Blue Chip Investor (BCI), said: “I find his performance presentation for our Quality Growth Account is very close to what we also report (as it should be).”