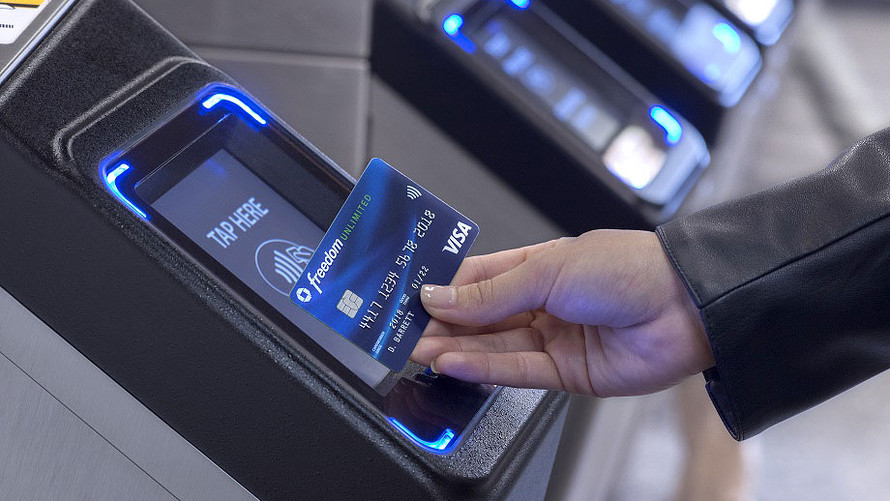 Visa
The MTA is looking to bring contactless payments to all subway stations and buses by the end of 2020.

The agency is following in the footsteps of many international transit agencies by letting users tap their mobile devices or contactless credit cards before boarding a bus or subway, in lieu of loading and swiping a traditional MetroCard. The New York rollout began in late May with certain subway stations on the Lexington Avenue line as well as all Staten Island buses, and riders have made more than 4 million tap payments since then.

“The adoption by New Yorkers first and foremost has just blown away our expectations,” Dan Sanford, Visa Inc.’s /zigman2/quotes/203660239/composite V -1.21%  global head of contactless payments, told MarketWatch. He said that contactless uptake is accelerating, as the agency notched its first million taps in the initial three months of the rollout has been speeding up the pace since then. The agency looks on pace to add its newest million in a span of three weeks, he said.

Helping to drive the increased usage are an expansion of transit stations with contactless capabilities, a broader rollout of tap-enabled cards by bank issuers, and a growing “social awareness” of tap payments, which comes as more traditional MetroCard users see others tapping to pay at the turnstile. Sanford said that many issuers have been reissuing cards for their New York-area customer base to align with the rollout, such that nearly half of all Visa cards in the New York area are now contactless.

While credit-card companies like Visa and Mastercard Inc. /zigman2/quotes/207581792/composite MA -0.64%  don’t care so much how customers pay as long as they use one of their products, they’ve been upbeat about the growing adoption of contactless payment options by transport agencies worldwide as they view the transit use case as one that will help convince customers to use credit cards rather than cash for small purchases.

“In particular, small-ticket payment types, coffee, newspaper,... transit.. they’re sort of persistent categories or types of payments that continue to be made in cash,” Mastercard President Craig Vosburg said at a recent Citi investor conference. “Contactless is very effective at migrating them onto the card.”

Mastercard said it would run a promotion in New York through the end of the year to encourage contactless adoption, offering cardholders up to $10 a day off cab rides taken on Tuesdays or New Year’s Day when they tap to pay for their fare. The company will also refund cardholders for up to $5.50 a day on Fridays when they tap to pay an MTA fare, and that offer will also apply on New Year’s Day.

Visa’s Sanford said that nearly a 10th of the company’s in-person transactions in New York now occur with a tap and that contactless penetration has tripled.

Get news alerts on Visa Inc. Cl A and Mastercard Inc. — or create your own.