This woman says her partner of 10 years earns less than $25,000 a year and racked up six-figure debts 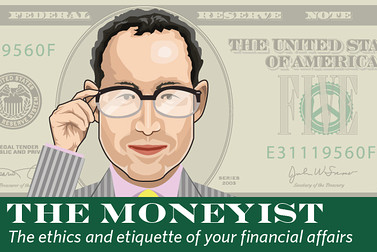 I have been with the same man for over 10 years. We have two kids and share a life together, but we never got married for various reasons, including financial. I make a great salary while he makes very little and came into our relationship with a lot of debt. We live a very comfortable life where I pay the vast majority of the bills and he does the vast majority of the household chores. He is an excellent father and I couldn’t do it without him.

He went to graduate school in an attempt to better himself. It never worked out.

Many years ago, he went back to graduate school in an attempt to better himself. It never worked out and he’s never had a successful career. I helped pay off his credit-card debt, but he still has over $130,000 in student loans in his late 40s! As his payments are income-based, he hasn’t paid the loan down and the balance has risen over the past 10 years. He has never asked me to pay his loans, but I could contribute $1,000 to $2,000 per month and eventually pay it off.

Recommended: I want to marry my boyfriend, but he has $25,000 in credit-card debt and leads a financially reckless lifestyle

The other option is for him to take his loans to his grave as he most likely will never have a job that pays well enough to require substantial payment. He currently isn’t required to pay anything as his income is less than $25,000 per year. Do I have a moral obligation to help pay down his loan? Should he plan to eventually die with it hanging over his head? We’d both prefer me to not pay it off as this money would otherwise go toward our kids’ inheritance and/or our retirement. What should we do?

Your partner’s issues start with his student loans, but they don’t end there.

Your partner’s issues start with his student loans, but they don’t end there. What did he study that cost him $130,000? Why is he still earning $25,000 a year if he went back to college to learn new skills? Did he attend a for-profit college that duped him? Did he get an obscure humanities degree or a degree that would only allow him to work in a lower paid, if critically important, job? What are his goals? What would it take for him to get back on his feet?

Don’t miss: Before I give my fiancée a $7,000 diamond engagement ring, I want her to promise to bequeath it to my daughter

Paying off his debt should not be your first port of call. Nor will it address the bigger problem. You appear to be carrying the weight of your financial burdens and, while many families have one spouse that works and one that takes care of the kids and home, it seems like you would both either want or need a two-income household. If he incurred $130,000 in debt, it’s not fair to expect you to pay it all off for him. It also feels like this debt is preventing him from seeking out a higher-paying job.

Also see: I just discovered that my husband is leaving his personal savings to his mother

He needs to regain his confidence and ensure he doesn’t repeat past mistakes.

Help him to help himself. Encourage him to find work in a higher paying field or take on extra work to pay off this loan. Your boyfriend made a series of choices that should be examined: What was his thinking when he incurred this debt? Why did he rack up credit-card debt? I once interviewed a woman who helped her husband pay off $125,000 in debt, most of which had been taken out without her knowledge. He worked two jobs, they clipped coupons and ate hash browns.

Very few people qualify for public service student-debt forgiveness and it’s a complex, decade-long process. There are income-based loan-forgiveness options after 20 to 25 years. He needs to believe in himself again and waiting it out for another 15 years doesn’t seem fair on you or the system. Cut back on your household expenses, create a plan with the help of a credit-counselling agency or a financial adviser. I’m not against you helping him out financially over the next few years.

If you do, however, he should meet you halfway.