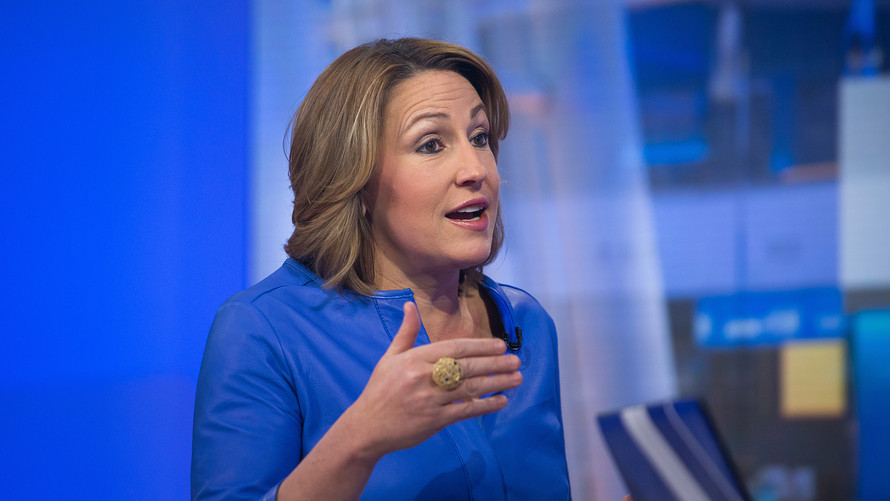 The announcement came as much as a year ahead of Wall Street expectations and even, seemingly, Mylan’s  : The drugmaker said in August that it would defer the generic Copaxone launch to next year’s financial guidance.

Shares of Teva Pharmaceutical Industries Ltd. /zigman2/quotes/205657894/composite TEVA -2.69%  , Copaxone’s maker, plummeted 12% on Wednesday. Shares of Momenta Pharmaceuticals Inc.  , which makes a lower-dose generic Copaxone and has had delays in getting approval for the higher dose, dropped 17%.

Mylan’s approval of both levels of generic Copaxone are a “big win for them (and to be honest, most observers — including myself — had written off any generic Copaxone approvals till 2018,” said Evercore ISI analyst Umer Raffat.

See: Mylan says it will delay generic Copaxone launch to 2018

Copaxone is a specialty medication used to help prevent relapses in multiple sclerosis patients. MS is a neurological disease that, though it affects individuals in different ways, can be debilitating. Most of the about 400,000 people in the U.S. diagnosed with MS have relapsing MS.

As such, the drug is generic drugmaker Teva’s biggest moneymaker, bringing in $4.2 billion in revenue last year.

The new competition is just the latest blow to Teva, which has struggled with such issues as debt and lower generic drug prices this year. The company expects the Copaxone news to affect fourth-quarter earnings by at least 25 cents per share.

The latest development “adds to an already challenging near-term setup for the story with the company’s U.S. generic business under pressure, high levels of leverage, and limited clarity on drivers of a broader recovery in results,” said J.P. Morgan analyst Chris Schott.

Read: The generic drug bloodbath continues for a second day, with Teva leading the way

Mylan plans to begin shipping generic Copaxone “immediately.” The Food and Drug Administration may grant it and other first filers 180 days of generic drug exclusivity, Mylan said, although the FDA hasn’t made a formal decision yet.

See: Teva’s stock has tumbled over 8 sessions and Morgan Stanley says it could fall 16% more

Launching the higher-dose generic Copaxone before patent appeals and litigation are complete “should be considered an ‘at-risk’ launch, which could subject Mylan to significant damages among other remedies,” Teva said on Wednesday. Teva said it is conducting two patent appeals and a patent infringement lawsuit against five companies, including Mylan.

Generic competition could represent 9% erosion for Teva in the fourth-quarter and nearly 40% erosion next year, said Evercore ISI’s Raffat. Teva’s Copaxone operating margin is reportedly 80%, so “in practice, Teva will likely have to dig deeper for additional cost cuts to offset some of this,” Raffat said.

Manufacturing issues at a Pfizer facility that makes Momenta’s Glatopa is expected to hold up Momenta’s approval for a 40 mg dose, the company said in February.

Previously, “we had assumed MNTA/Sandoz /zigman2/quotes/203286410/delayed CH:NOVN -0.24%  would be the only gCopaxone in the market for at least a portion of 2018,” said J.P. Morgan’s Schott. “That said, assuming a mid-2018 approval for MNTA’s product, we continue to see a large and fairly durable generic opportunity for Glatopa given the substantial size of Copaxone and with only limited competition expected over time.”