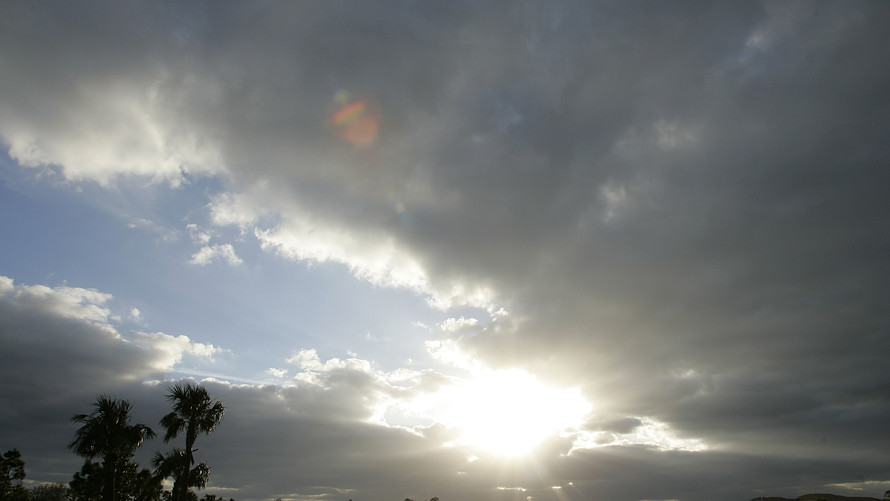 Investors discouraged by plunging global bond yields should take heart: when you hit bottom, the only direction is up.

This is the implication of a report circulated earlier this week by Ned Davis Research, authored by Alejandra Grindal, senior international economist at the firm, and Patrick Ayers, international economic analyst. Their report is entitled “Negative rates might be a sign of better to come.” In it, the economists argue that the widespread global prevalence of negative real yields “tends to peak toward the end of global economic slowdowns.”

The chart below forms the basis for their conclusion. It plots the percentage of three dozen of the largest countries whose 10-year government-bond yields are below their trailing-year inflation rate. This percentage currently stands at 51% — an historical record. Yet as the chart shows, the comparable percentage in late 2008 and early 2009 was almost as high. 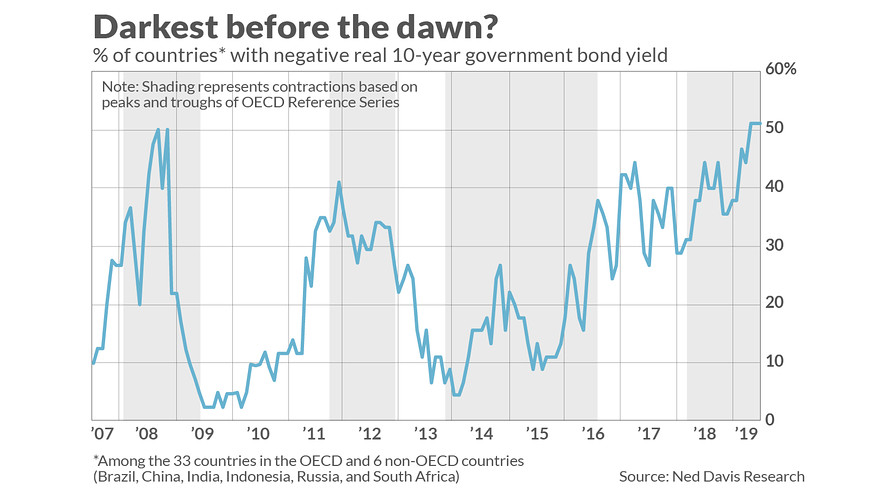 You may find it hard to fathom that bond yields could be as low today, relative to inflation, as they were at the bottom of the worst economic downturn since the Depression. Isn’t the U.S. economy enjoying the longest economic expansion in the National Bureau of Economic Research recession calendar (that dates back to 1854)?

Yes. But bear in mind that the economy of the rest of the world has been performing far-less well. According to data from the Organization of Economic Development and Cooperation (OECD), the economies of the 33 OECD members, along with those of six non-OECD countries (Brazil, China, India, Indonesia, Russia, and South Africa), collectively peaked in March 2018. Since the U.S. is an OECD country, and the U.S. economy has grown since May 2018, the rest of the world economy is really struggling.

(Note that the OECD uses a complicated algorithm for calculating peaks and troughs in the global economy. Grindal at Ned Davis Research explains that, since global GDP in inflation-adjusted terms has declined in just one year since 1980 (2009), we can’t use the standard domestic definition of a recession as two successive quarters of economic decline. The OECD-defined contractions are shaded in the above chart.)

Needless to say, there is not a perfect correlation between the end of global recessions and the percentage of OECD countries with negative real yields. But if, over the past decade, you used rising above 40% as an indicator of extreme fear in the global bond markets, you’d have not been more than 12 months before or after the trough of the OECD-identified global economic cycles.

To be sure, Grindal added, the current situation could get worse before it get better. But the lesson of recent history certainly appears to be that widespread negative real government bond yields is a “late cycle thing.”

The bottom line? Don’t give up hope; the global economy could well be on the verge of a turnaround.