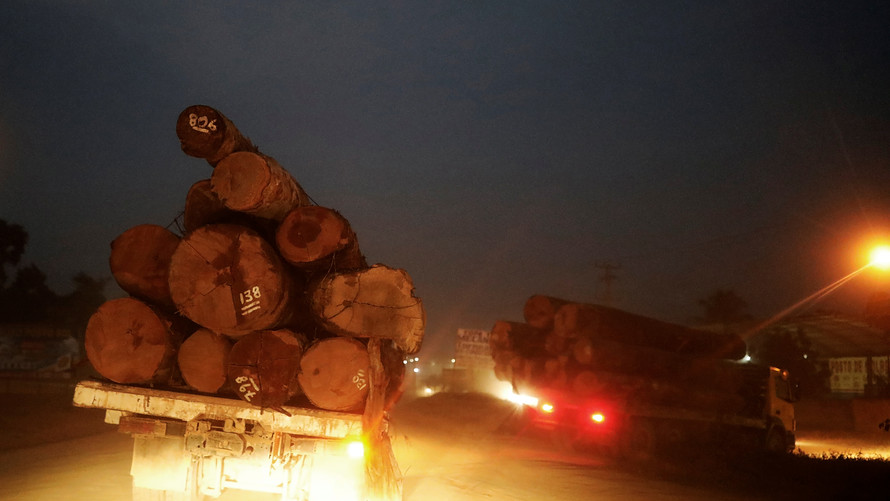 Reuters
Trucks transport logs that were illegally extracted from the rainforest on the Trans-Amazonian Highway near the city of Altamira in Brazil’s Para state.

Nestlé S.A. is reviewing its meat and cocoa purchases from Brazil amid heightened concerns over the fires in the Amazon rainforest.

The Swiss-based food giant sources palm oil, soy, meat and cocoa from Brazil. It pledged in 2010 to not buy goods whose production led to deforestation.

Nestlé said on Wednesday that it would “take corrective actions where needed” if suppliers were found to be in violation of its standards.

Beef and soy crops are the main drivers of deforestation and many of the ongoing fires, according to Amazon Watch, an environmental advocacy and research group.

The vast majority of the Amazon rainforest lies within Brazil’s borders, and more than 75,000 fires have been reported in the country so far this year, up 85% compared with the same period in 2018, data from Brazil’s space agency show. Some 370 square miles of the Amazonian forest was lost in June alone, the agency said.

Read on: Is the Amazon rainforest really Earth’s lungs? These scientists say it isn’t

Get news alerts on Nestle S.A. ADR — or create your own.