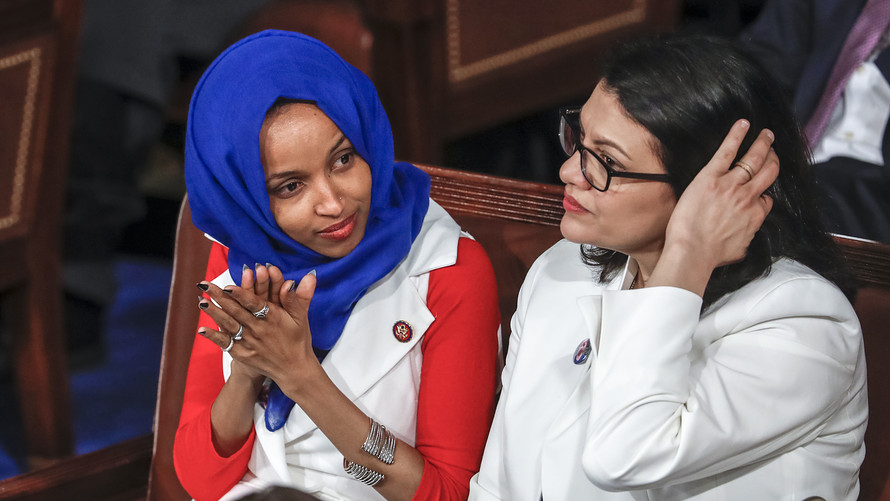 JERUSALEM (AP) — Israel’s Prime Minister Benjamin Netanyahu was holding consultations with senior ministers and aides on Thursday to re-evaluate the decision to allow two Democratic congresswomen to enter the country next week.

An Israeli official said they are meeting about an upcoming visit by Rep. Ilhan Omar of Minnesota and Rep. Rashida Tlaib of Michigan. The newly elected Muslim members of Congress are outspoken critics of Israel’s treatment of the Palestinians and support the boycott movement against Israel. Tlaib’s family immigrated to the United States from the West Bank.

The official, speaking on condition of anonymity in line with regulations, said “there is a possibility that Israel will not allow the visit in its current proposed format.”

In a Thursday morning tweet, President Donald Trump sided against the House members — whom he accused of hate for Israel and Jewish people — and said it would show weakness on Israel’s part to permit their visit:

Israel’s ambassador to the U.S., Ron Dermer, has previously said Israel would not deny entry to any member of Congress.

Israel’s ambassador to the U.S. said last week that Israel would not deny entry to any member of Congress.

Israel often hosts delegations of U.S. representatives and senators, who usually meet with senior Israeli officials as well as Palestinian officials in the West Bank. A decision to ban the congresswomen could further sharpen divisions among U.S. Democrats over Israel ahead of the American elections in 2020.

Tlaib and Omar have been the target of repeated attacks by Trump in recent months, including a series of racist tweets on July 14 in which he said they should “go back” to the “broken” countries they came from. Both are U.S. citizens and Tlaib was born in the United States. The two are members of the so-called “Squad” of newly elected left-wing Democratic representatives, along with Reps. Alexandria Ocasio-Cortez of New York and Ayanna Pressley of Massachusetts.

Several former Israeli diplomats spoke out on Twitter against barring the congresswomen from visiting.

Alon Pinkas, formerly Israel’s consul in New York, called such an action “fake policy” and said Israel should instead “engage Omar and Tlaib, show them where they are wrong or have a partial and skewed perception of reality.”