Netflix attracts a record number of new subscribers, but the stock isn’t reacting like usual

First-quarter earnings are much better than expected, but forecast leads to decline in stock 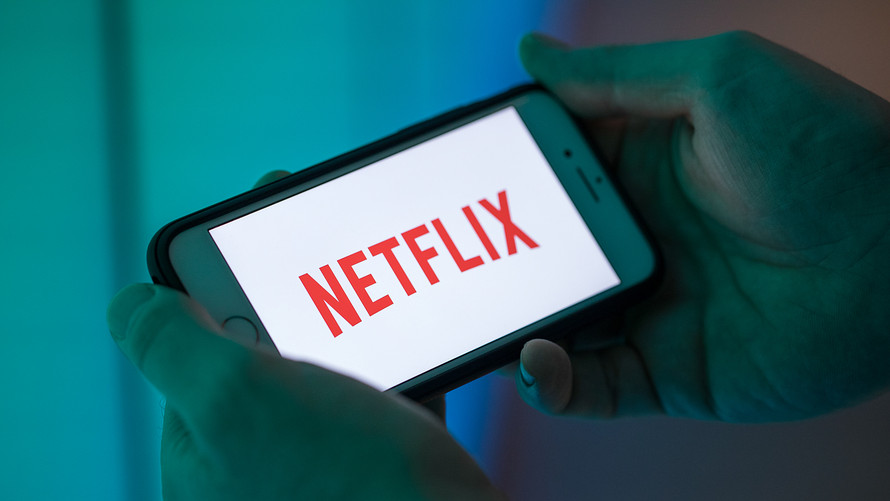 Netflix Inc. attracted a record number of paying subscribers in the first quarter of 2019, a fact that would usually coincide with huge gains for its stock, but concerns about the rest of the year actually damaged shares Tuesday afternoon.

Netflix /zigman2/quotes/202353025/composite NFLX -0.41%  on Tuesday reported first-quarter earnings, including the addition of 9.6 million new paying subscribers in the first three months of the year, a record for a single quarter. The streaming-entertainment company reported earnings of $344 million, or 76 cents a share, up from 64 cents a share a year ago. Revenue for the quarter was $4.5 billion, up from $3.7 billion in the same period last year.

“To start off the year with over nine-and-a-half-million acquisitions, It’s a phenomenal start,” Chief Executive Reed Hastings said in a video earnings interview released Tuesday afternoon.

The company’s forecast for the second quarter was lighter than expected, though, both in profit and new subscribers. Netflix projected second-quarter earnings of 55 cents a share, which would be down from 85 cents a share a year ago and well lower than analysts’ estimates of 99 cents a share. Netflix shares initially sank more than 5%, but settled at a loss of 0.8% by the end of the extended session.

Analysts on average expected Netflix to report first-quarter earnings of 58 cents a share on sales of $4.5 billion, according to FactSet. Analysts projected 8.06 million new paying subscribers, after Netflix said it expected to add 8.9 million paying subscribers. Investors focus much more on Netflix’s subscriber count than its financial performance, because it is more predictive of where Netflix’s finances are going, and is especially important amid new competition.

Opinion: How the Disney-Netflix streaming war will create collateral damage

Netflix’s report arrives after two high-profile debuts of new rival streaming services from companies accomplished at attracting consumer eyeballs (and dollars): Apple Inc. /zigman2/quotes/202934861/composite AAPL +1.45%  and Walt Disney Co. /zigman2/quotes/203410047/composite DIS +1.55%  . In its previous earnings report, Netflix altered its quarterly view of the competition to note that it competes with much more than just other streaming services, though, and on Tuesday executives again insisted there is plenty of growth available to multiple streaming services as more consumers move away from traditional television services.

“There’s a ton of competition out there,” Hastings said in the video interview. “Disney and Apple add a little bit more, but frankly I doubt it will be material because again there’s already so many competitors for entertainment time.”

Netflix also provided select viewership metrics on select content, as it began doing in the previous quarter. Netflix said that more than 52 million subscribers watched “Triple Frontier,” a big-budget action movie starring Ben Affleck, in its first four weeks of availability, and that the series “Umbrella Academy” was watched by 45 million member households in its first four weeks.

For more: Netflix promises more information on what people are watching

“Over the next several months, we’re going to be rolling out more specific granular reporting — first to our producers, and then to our members and of course to the press over time — and be more fully transparent about what people are watching on Netflix around the world,” Chief Content Officer Ted Sarandos said in Tuesday’s video interview.

From earlier: Netflix stock gets a boost ahead of earnings after Deutsche Bank turns bullish

The biggest deficit in Netflix’s forecast was in U.S. subscribers — Netflix expects only 300,000 new paying subscribers in the U.S., while analysts were expecting more than double that total. Netflix is increasing prices in the U.S., and noted in its letter that price increases can lead to “some modest short-term churn effect.”

Some of the costs of running the business were shifted to later in the year as well, and there seems to be more potential concerns about costs for the rest of 2019.

“Operating margin of 10.2% exceeded our beginning-of-quarter expectation as some spending was shifted from Q1 to later in the year,” Netflix explained in the letter to investors, while maintaining a goal of a 13% operating margin for the full year.

Netflix increased its estimate for how much money it will spend this year, saying that it now expects its free-cash flow deficit to be around $3.5 billion, as it continues to pay for new content. Executives cited “higher cash taxes related to the change in our corporate structure and additional investments in real estate and other infrastructure.”

Netflix said it expects a higher effective tax rate this year, including a 48% rate in the second quarter, “due to one-time discrete events.”