Netflix thinks ‘Fortnite’ is a bigger competitor than other streaming services

Opinion: Netflix’s ‘head fake’ deflects what should be honest concerns about growing slate of rivals 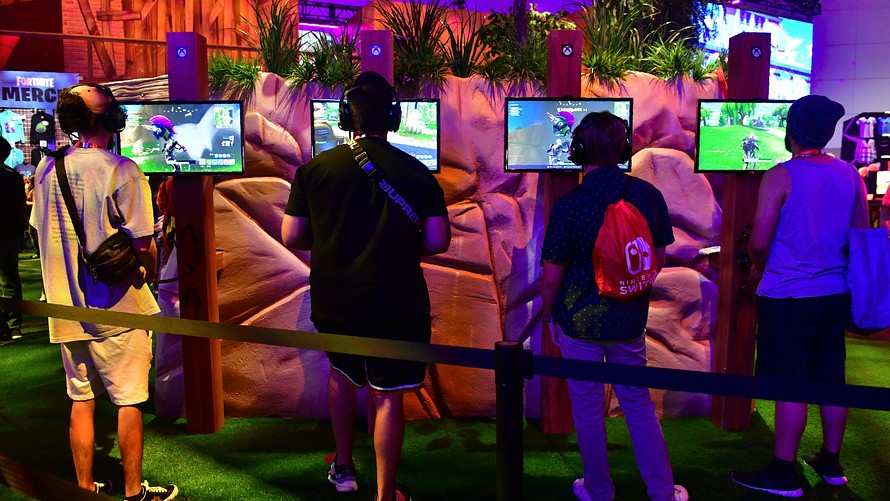 Getty Images
Netflix believes it is challenging all services used on a TV for time, like the videogame “Fortnite,” instead of just other streaming services.

Netflix Inc. has an ever-evolving view of its competitive landscape, and the current approach treats the popular online videogame “Fortnite” as more of a rival than HBO.

Netflix /zigman2/quotes/202353025/composite NFLX -3.39%  reported fourth-quarter results that beat analysts’ expectations Thursday, including the addition of 8.8 million paid subscribers. That total no longer includes free-trial members in an effort to stop the sharp swings in its stock based on subscription numbers — shares were down about 4% in after-hours trading Thursday, which would be its smallest post-earnings move in more than a year.

Just as its counting of its subscribers morphs, so does Netflix’s view — at least for outward appearances — of the competition. In a quarterly letter to investors Thursday, executives played down increasing competition from well-heeled companies like The Walt Disney Co. /zigman2/quotes/203410047/composite DIS +2.48%  and Amazon.com Inc. /zigman2/quotes/210331248/composite AMZN -0.62%  . Instead, it sees itself competing against every service that demands screen time, proclaiming that “We compete with (and lose to) ‘Fortnite’ more than HBO.”

“Our focus is not on Disney+, Amazon and others, but on how we can improve our experience for our members,” the letter reads.

Don’t miss: How ‘Fortnite’ cracked the code to become the most successful free videogame ever

That is quite a change from just a year ago, when Netflix talked about all the new competitors in streaming in its quarterly letter and didn’t mention any other type of service than streaming video.

“Content companies such as WarnerMedia and Disney/Fox are moving to self-distribute their own content; tech firms like Apple /zigman2/quotes/202934861/composite AAPL -0.68%  , Amazon and others are investing in premium content to enhance their distribution platforms,” Netflix executives wrote last year at this time. “Amid these massive competitors on both sides, plus traditional media firms, our job is to make Netflix stand out so that when consumers have free time, they choose to spend it with our service.”

What made Netflix’s stance change from “massive competitors on both sides” to deciding a videogame was more dangerous to its future? Probably the success Netflix still managed to achieve despite increased streaming competition in 2018. Netflix Chief Executive Reed Hastings said in his earnings “interview” that in the U.S., there are 1 billion hours spent with television screens, and Netflix is currently winning 10% of it.

“So that’s why, like Disney, they have great content, we are excited for their launch,” Hastings said. “You know, maybe they grow to 50 million hours a day, but that’s out of the billion. We compete so broadly with all of these different providers that any one provider entering only makes a difference on the margin.”

More from Therese: Tech is ready to respond to doubts, but don’t expect a holiday miracle

While Netflix did manage to add more than 28 million new members in 2018 amid stronger competition, it feels a bit disingenuous to tell investors that Netflix is not too concerned about what Disney and others are doing.

“It strikes me as a bit of a head fake, because you cannot tell me that in the executive suite they’re not having a lot of conversation about what to do when Disney and Warner and Amazon’s IMDB entry hits the market,” said Jim Nail, a principal analyst at Forrester Research.

“And you know they’re also talking about what they’re going to do when Disney and Warner start up their own services and take their content off Netflix,” Nail added.

Disney’s streaming service, Disney+, is expected to launch in late 2019, with a live-action “Star Wars” series, an animated “Star Wars and The Clone Wars” series, a series based on Pixar’s “Monsters, Inc.” as well as other intellectual property, and Disney has already said it will remove its content from Netflix. WarnerMedia, now part of AT&T Inc. /zigman2/quotes/203165245/composite T +3.15%  , plans an entry-level streaming service focused on movies and a second-level service for original content and more films, also late in 2019. Warner also owns HBO.

See also: Great things are expected for (most) FAANG stocks in 2019

By feigning indifference to this looming competition, but focusing more on “Fortnite,” is Netflix trying to get its rivals to believe it may begin streaming videogames? Indeed, “Fortnite” is a major phenomena and Netflix is trying to offer its own unusual or viral forms of entertainment, such as the post-apocalyptic film “Bird Box,” a big hit that spawned internet memes, and the choose-your-own-adventure “Black Mirror” episode “Bandersnatch.” It’s unlikely that Netflix is going to get into videogames anytime soon, but as the competition evolves, never say never.

While Hastings acts unfettered and confident, Netflix should probably be more worried — not less — about competition, especially as it increases its prices by more than ever before as Amazon, Roku Inc. /zigman2/quotes/205087179/composite ROKU -0.85%   and others push free streaming channels. Former Intel Corp. /zigman2/quotes/203649727/composite INTC +0.14%  CEO Andy Grove famously said that only the paranoid survive in technology, and Netflix may need to be a little more paranoid about the competition coming for its crown.