Layoffs show no sign of rising despite slower economy 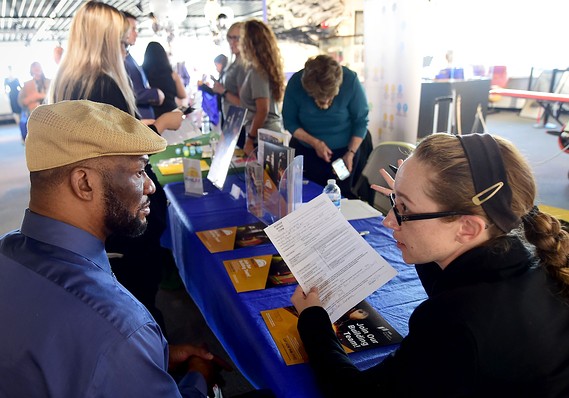 Getty Images
Veterans attend a jobs fair in Los Angeles. The U.S. unemployment rate sits at a 50-year low of 3.5% after years of steady hiring.

The numbers: The number of Americans who applied for unemployment benefits at the end of January fell close to a postrecession low, signaling the U.S. labor market is still rock solid despite stiffer economic headwinds.

Initial jobless claims declined by 15,000 to 202,000 in the seven days ended Feb. 1, the government said Thursday. The figures are seasonally adjusted.

Economists polled by MarketWatch had forecast a 215,000 reading. 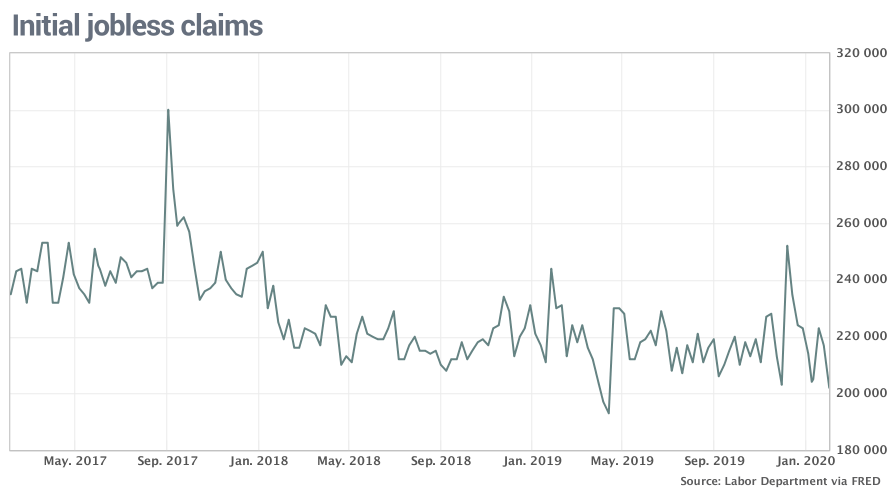 The more stable monthly average of jobless claims, which filters out the weekly ups and downs, dropped by 3,000 to 211,750.

New unemployment applications are seen as a rough measure of how many people are losing their jobs. They touched a 50-year low of 193,000 in April 2019 and have hovered in the low 200,000s since then.

What happened: Raw or unadjusted jobless claims rose the most in Pennsylvania and New York, and recorded the biggest declines in California, Michigan and New Jersey. Claims in all those states were extremely low, however.

The number of people already collecting unemployment benefits, meanwhile, increased by 48,000 to 1.75 million.

Read: Wage growth in the U.S. is no longer accelerating

Also: These states had the lowest unemployment rates in 2019. What about swing states?

Big picture: The creation of more than 20 million new jobs in the past decade has slashed unemployment to a 50-year low of 3.5%, giving the economy a strong foundation to prolong a record expansion that will turn 11 years old in June.

Although hiring has slowed, the U.S. is still adding more than enough jobs to nudge the unemployment rate even lower. The economy likely created 164,000 new jobs in the first month of 2020, economists forecast. The January jobs report comes out Friday morning.

What they are saying: “Firms continue to report that their biggest problem as it relates to labor is a lack of available workers to fill open positions,” said chief economist Stephen Stanley of Amherst Pierpont Securities.

Market reaction: The Dow Jones Industrial Average (DOW:DJIA) and S&P 500 (S&P:SPX) rose for a fourth straight day on Thursday. The S&P 500 and Nasdaq Composite Index (AMERICAN:COMP)  have both rallied to records, clawing back from a big drop last week tied to worries over the coronavirus.

Read: Manufacturers grow for first time in 6 months—but that was before coronavirus