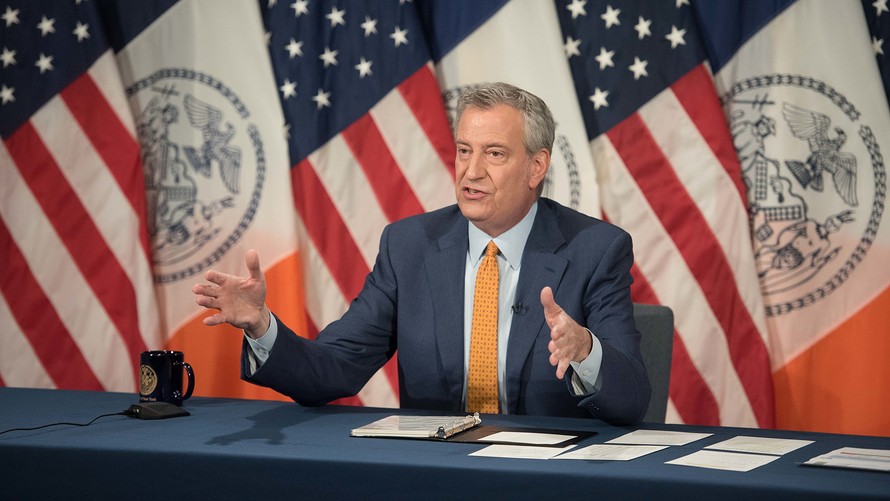 New York City has hired more than 1,700 contact tracers who will be trained to try to contain the coronavirus epidemic, critical for New York City’s plan to begin reopening the city in the first half of June now that the daily number of people admitted to hospitals has decreased.

These tracers are tasked with a kind of medical detective work: Informing people who have tested positive for COVID-19 that they have contracted the virus, figuring out who else they might have come into contact with while contagious, and informing those new people so that they can quarantine and prevent further spread of the disease. The tracers will be offered a starting salary range of $57,000 to $65,000 a year, depending on their qualifications, according to NYC Health + Hospitals Corp. The agency did not immediately return a request for comment about how long these jobs would last.

The “Test and Trace Corps” will have two different types of tracers: case investigators and monitors. The investigators will call people with a positive coronavirus test result, and then trace people they’ve been in contact with. Monitors will then call those contacts, bring them in for testing, and follow up to make sure that those diagnosed with coronavirus are safe.

“When you’re on the phone with the tracer in New York City, we want to make sure that you’re OK at home,” Dr. Ted Long, executive director of the city’s Test and Trace Corps, said Tuesday. “So, we’re going to ask you, do you need help with utilities, food, medications, and if so, if you could stay at home to self-separate from your family members to keep them safe? We’re going to help you with everything else to make sure you’re successful.”

The city has 1,200 rooms at hotels available for people who have to isolate and would be otherwise unable to do so after learning their coronavirus results, according to the mayor. That number will climb to 3,000 over the next few months.  NYC Health + Hospitals told MarketWatch they could not share the location of these rooms because of privacy concerns.

New York City is the only region in the state that has not been cleared to begin reopening.

The city is also working on expanding testing capacity to 50,000 tests a day over the next few months. On Tuesday, the mayor announced that over the next five weeks, the city would open 12 new testing sites through the city’s Health + Hospitals system, and another 16 more sites would be opening on June 1 in partnership with Advantage Care Physicians, a private company.

As of May 26, New York City had 16,565 confirmed deaths and 4,749 probable deaths from coronavirus, according to figures provided by the city.

Christiana Coyle, an adjunct associate professor at the NYU School of Global Public Health, works in epidemiology and infectious diseases and has participated in contact tracing before. She formerly worked for the city’s Department of Health as well as for the Centers for Disease Control and Prevention. “Sometimes you get very good complete lists and sometimes you get little more than a nickname,” said Coyle about interviewing people as a contact tracer. “It is part epidemiologist, but it’s also part social worker, and then probably also a little bit part counselor too because sometimes people are really upset.”

She added that contact tracers who speak different languages and have a level of cultural competence is key.

Farhana Haque, 25, a graduating senior at Brooklyn College, has signed up to become a contact tracer in New York City. She is BengaliAmerican and lives in Corona, Queens, one of the neighborhoods that has been hit hardest by coronavirus deaths. She speaks both English and Bengali.

“It will give me an opportunity to give back to my community, especially since so many Bengali-speaking people have been affected by COVID-19,” Haque told MarketWatch of her decision to become a contact tracer. “I feel like a lot of them don’t know what’s going on or don’t really have a lot of the facts, so I feel like I can contact them and help guide them through this process.”