The employment situation is expected to improve in June, when the city began its phased reopening strategy 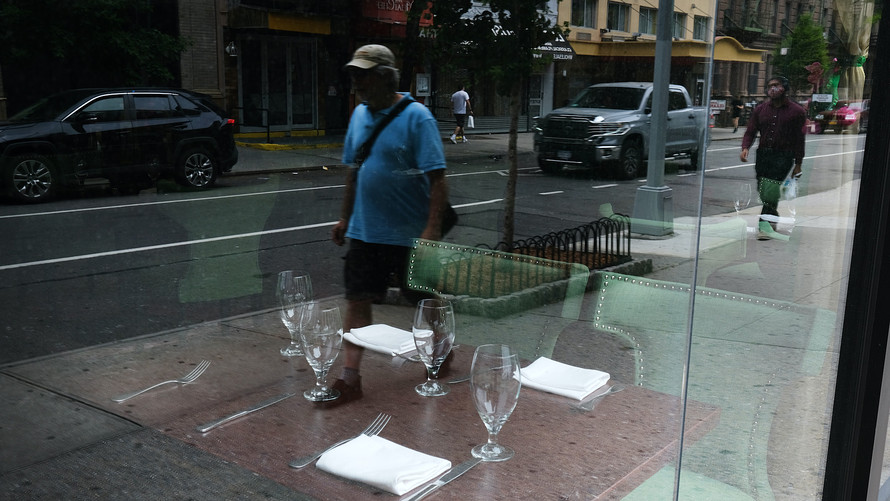 Getty Images
A restaurant stands closed in Manhattan June 18 as the city prepares to enter Phase 2 of reopening this coming Monday.

Nearly one in five New York City workers were out of a job in May, as the nation’s viral epicenter remained under lockdown for all of last month.

As the five boroughs head toward the next phase of reopening on Monday, the latest figures provide a grim snapshot of what was likely peak joblessness in the city — a level of unemployment Mayor Bill de Blasio has likened to Great Depression levels. The unemployment rate hit 18.3% in May, up from 15% in April, according to the Bureau of Labor Statistics, which released a state-by-state breakdown of unemployment Friday that included some major metro areas.

Between 150,000 to 300,000 workers, from office staff to car dealers and bartenders, could return to work in New York City on Monday as part of Phase 2, de Blasio estimated this week. That’s on top of the 300,000-400,000 construction, retail and manufacturing jobs gained during Phase 1, which began June 8.

Last month, New York City departed sharply from the national trend, in which most states gained back some jobs as governments relaxed stay-at-home orders and allowed many businesses to reopen under new guidelines. Nationally, the May unemployment rate improved to 13.3%, down from a pandemic high of 14.7%.

At the state level, New York saw its unemployment rate fall to 14.5% from 15.3% in April, as regions outside of New York City began to reopen in the second half of May. By the start of June, tens of thousands of workers in construction, manufacturing as well as some retail were back on the job across upstate, central and western New York state.

See: 100 days into the pandemic: A by-the-numbers look at COVID-19’s toll on American lives and livelihoods

But unemployment is still extremely high in the state, where nearly 400,000 people have been diagnosed with the virus and more than 24,000 have died, according to the latest data from the state health department.

The state shed nearly 1.8 million jobs in May compared with a year ago, the largest decline after California, which lost more than 2.26 million jobs.

However, New York, despite weathering the deadliest COVID-19 outbreak of anywhere in the U.S., had a better unemployment rate than 11 states, including Nevada, Hawaii and Michigan, which all had rates north of 20% last month.

Next month’s jobs report is expected to show rehiring picking up in June at both the state and city levels.

Also see: 5 critical mistakes that created the biggest public-health crisis in a generation

On Monday, barber shops and salons, in-store retail, restaurants and car dealerships will be allowed to open under new guidelines. Those returning employees include roughly 55,000 restaurant workers that will be able to serve seated customers outside for the first time in three months.

Gov. Andrew Cuomo gave his final blessing for New York City to enter Phase 2 on Friday during his 111th and last daily press briefing amid the pandemic.

“The state experts have gone over all the data, and they will allow New York City to begin Phase 2,” he said, as he announced infections, deaths and hospitalizations were at their lowest rates since the crisis began. Of the 79,000 tests administered on Thursday, less than 1% came back positive, a total of roughly 400 new cases.

“We reopened the economy and we saved lives,” Cuomo said on Friday. “It was never a choice between one or the other, it was always right to do both.”

Playgrounds: De Blasio announced that playgrounds across the five boroughs will also reopen as part of Phase 2 on Monday.