New York City on track to start reopening in June 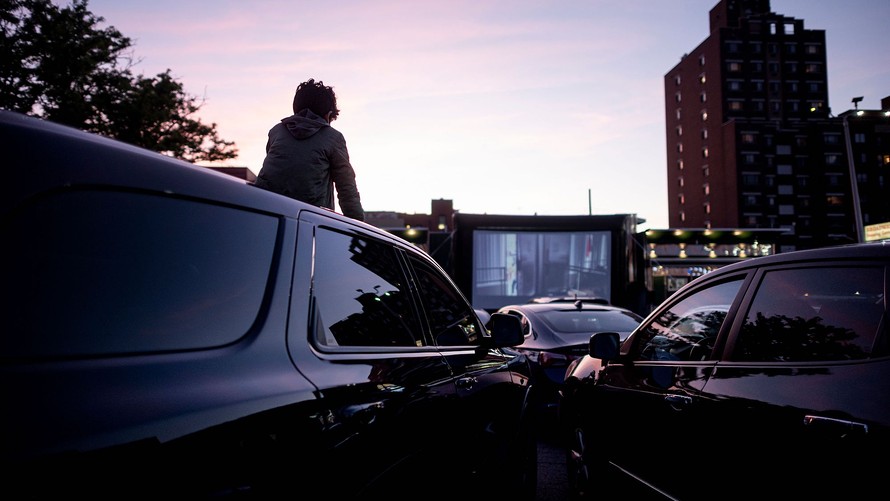 AFP/Getty Images
People attend a pop-up drive-in movie night at a diner in Queens May 20. There has been a drop in the daily number of people admitted to hospitals across the city.

New York City is on track to take the first steps toward reopening in the first half of June, as the city continues to make strides in its fight to contain the spread and impact of the coronavirus pandemic, Mayor Bill de Blasio announced Thursday.

While some regions have begun the first stages of reopening, it comes as no surprise that hard-hit New York City — considered the epicenter of the pandemic in the U. S.— would trail behind.

“I want to signal it as clear as a bell — all roads are leading to the first half of June,” de Blasio said.

The earmarked date comes as the city has been making “very clear progress,” in key city and state indicators, according to the mayor, who cautioned that the timetable is based on continuing improvements.

For more than a week, hospitalizations for the category of diseases in which COVID-19 falls have been around or below the annual average. “We’ve brought this down far enough that it actually resembles a typical year for this broad category of diseases,” de Blasio said.

Though the number of people tested who were positive increased a single percentage point to 9%, it marked the 10th consecutive day the measure has been below 15%, a feat the mayor called “remarkable progress.”

So far, a total of 192,840 New York City residents have tested positive for coronavirus and 16,232 have died. As of Thursday afternoon, a further 4,771 fatalities are presumed to be a result of the virus, according to the city’s health department.

To begin the first phase of reopening, New York City is required to meet seven state-mandated metrics. Four have been reached so far, with the city having yet to make available 30% of its ICU and hospital beds, and not having enough contact tracers—though the latter is considered “expected,” according to the state’s tracker.

State guidelines authorize construction, manufacturing, and retail where curbside pickup is possible as the first businesses able to return to work. Modifications for the city may be made, the mayor said, adding that he will begin going into more detail about the reopening on Friday.

The governor’s office agreed with the mayor on the city’s predicted schedule for reopening.

“We’re on the exact same page as [the city] ” Melissa DeRosa, secretary to the governor, said Thursday during Gov. Andrew Cuomo’s daily briefing.

The mayor and the governor have had conflicting views on subjects over the course of the pandemic.

Don’t miss: Lion, bat and pangolin off the menu as Chinese city of Wuhan bans consumption of wild animals

Both also expressed the desire to have had more information on the virus earlier, when asked about a new study from Columbia University that estimated that fewer than 4,300 people could have died in the New York Metro area had social distancing and control measures been put in place and adopted nationwide a week earlier.

“If this country knew more and knew it earlier, I think we could have saved many, many more lives,” Cuomo said.

Schools: Summer school programs will only be available virtually, according to Gov. Andrew Cuomo, who also announced that it’s too early to make a decision on a possible fall reopening.

United Nations: The United Nations Secretary-General António Guterres has suggested that this year’s UN General Assembly, which typically ties up Manhattan streets for weeks in September, be held in a “different format” with heads of state and government “highly unlikely” to be able to travel to the city at that time.

Children: The state is now investigating 157 reported cases of a coronavirus-related child illness. The illness, with symptoms similar to Kawasaki disease and toxic shock-like syndrome, is becoming increasingly prevalent Cuomo said. “Last Thursday, there was seven countries that also investigated and found cases. There was 17 states that found cases—this was last Thursday,” the governor said “Today, there are 13 countries and 25 states. This is one of those situations where the more they look, I believe, the more they’re going to find.”