‘It is clearly not my time,’ the progressive candidate says 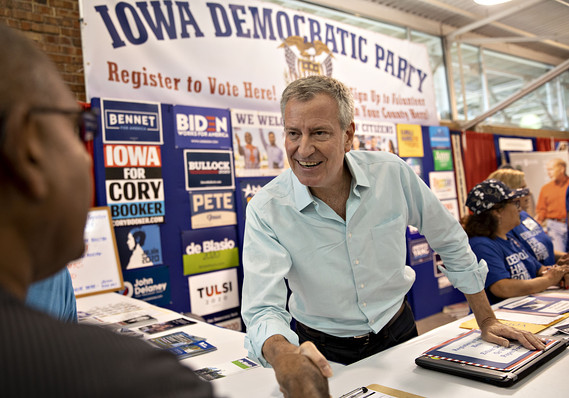 New York Mayor Bill de Blasio announced Friday that he is ending his pursuit of the Democratic presidential nomination.

“I feel like I’ve contributed all I can to this primary election, and it is clearly not my time, so I am going to end my presidential campaign,” de Blasio announced live on MSNBC’s “Morning Joe” program.

De Blasio has consistently polled in the low single digits and this week was below 1% in the Real Clear Politics polling average.

De Blasio said he was pulling out because he couldn’t meet the bar to get into upcoming debates.

In the interview, the New York Mayor said he wasn’t prepared to back a candidate yet.

De Blasio said he would continue to press the eventual Democratic nominee to speak for working class Americans.

“I do believe we need a progressive,” he said.

He said his campaign never got off the ground because he “started later than I would have liked.”

De Blasio said he would support former Vice President Joe Biden if he was the nominee.

He added that Biden’s agenda so far is not going energize young and progressive voters but he said there was still time for Biden to refine his message. “I believe in redemption. There is plenty of time,” he said.

There are nineteen candidates remaining in the Democratic field.

Read: Here are the Democrats running for president