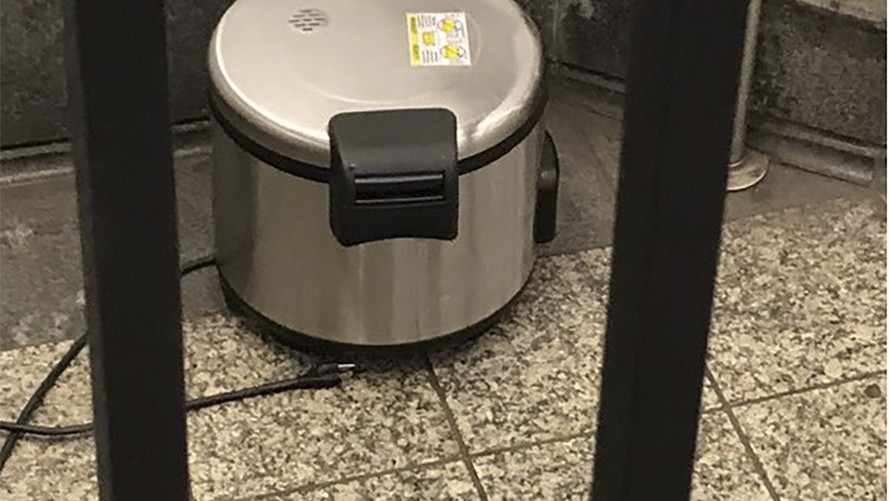 Associated Press
Photo provided by NYPD shows a suspicious object that appears to be a pressure cooker or electric crockpot on the floor of the New York City subway platform.

Waters posted photos of the objects, which looked like pressure cookers or crockpots.

“The suspicion is that they were placed there to suggest that they were electronic devices and possible bombs,” Gov. Andrew Cuomo said on WCBS-AM after the all clear was given.

The devices were found at the line that carries No. 2 and 3 trains around 7 a.m.

The station is a busy transit hub a few blocks from the World Trade Center.

In 2017, a would-be suicide attacker set off a homemade pipe bomb in an underground passageway at the Times Square subway station during rush hour, seriously injuring himself.