It’s up to the state’s individual school districts to map out plans, which in many cases, are a mix of remote and in-school instruction 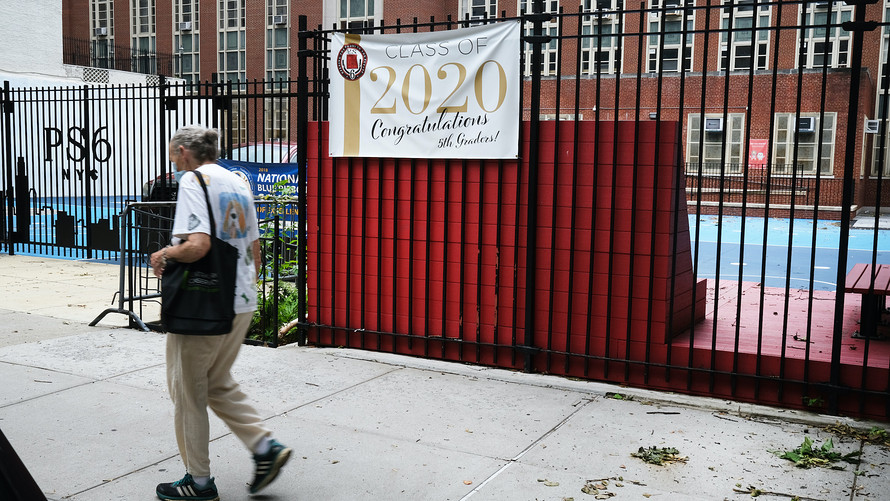 The decision comes as school districts across the U.S. grapple with competing pressures to bring students back in September without exacerbating the spread of the coronavirus. Cuomo’s decision paves the way for New York City—the nation’s biggest school district with more than 1.1 million students—to return to the classroom, even as school systems in Los Angeles, Chicago and Dallas plan to remain remote this fall. It’s on track to be the only one of the nation’s top 10 biggest school districts to reopen in-person learning this fall.

Despite Cuomo’s green light for the state, nearly all of the details will be left up to New York’s 750 school districts, which have only three weeks to hone plans on exactly how students will return, and how schools will monitor the health and safety of pupils and teachers.

So far, districts are proposing everything from a mix of in-person and remote instruction, such as the hybrid model proposed in New York City, to sending children home before lunch to avoid a risky indoor-dining environment, Cuomo said on a conference call with reporters.

“I can’t fashion a plan that would work in every school district; they are just too different,” he said.

Theoretically, individual school districts could still opt to delay the start of in-person learning or go completely remote if they choose, particularly if they face enough pressure from parents and teachers.

“It’s up to them,” Cuomo said. “In-person, hybrid, outdoor education, remote education, blended, half day, quarter day, third day — that is all up to their discretion.”

The state, through the health department, has set only a few hard rules, including a maximum positivity threshold of 5% — meaning the proportion of testing coming back positive — which would automatically trigger a region’s school buildings to close again. New York City has set a more conservative positivity threshold of 3% for the five boroughs. Schools must conduct health screenings, which at a minimum means daily temperature checks, said Jim Malatras, the president of Empire State College and an adviser to Mr. Cuomo, at the governor’s briefing.

Districts must also devise a system for testing symptomatic students and staff, he added.

Also on MarketWatch: Calculating America’s eviction crisis: Up to 40 million people are at risk of being kicked out of their homes

COVID testing is a major concern among parents, from whom the governor said he’s received a “deluge” of worried phone calls. To address that, he gave districts until the end of next week to finalize and post plans about how testing will be carried out, when a child must be tested and where it will be done.

Next week, districts must also publicly post specific plans for tracing outbreaks and explain their remote learning option, he added.

“We’ve learned from the experiences we’ve had during COVID that remote learning can be quite unequal, given the demographics and given the circumstances,” Cuomo said, adding that he wants districts to draw attention to these three areas of concern so parents aren’t forced to go “wading” through lengthy reopening plans.