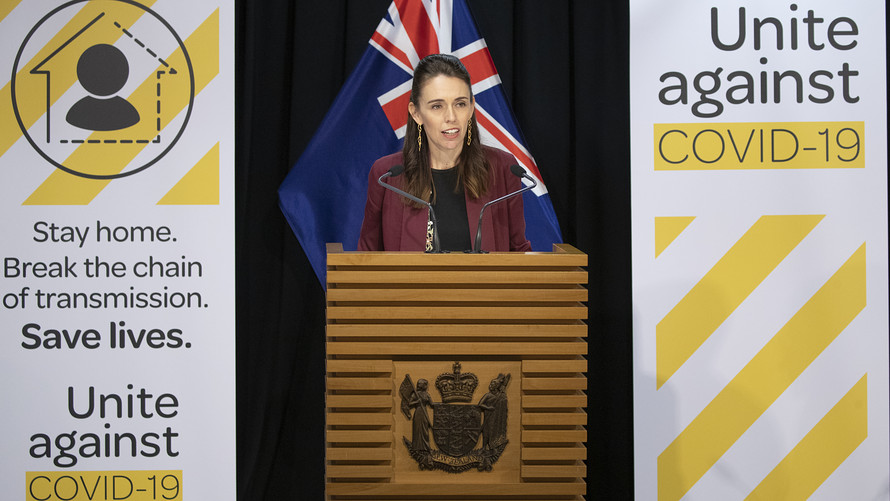 Getty Images
New Zealand Prime Minister Jacinda Ardern speaks at a briefing on the coronavirus pandemic at Parliament on April 27, 2020 in Wellington, New Zealand. Ardern has warned the country’s biggest city, Auckland, will go into lockdown from midday Wednesday after four new coronavirus cases were confirmed.

New Zealand’s biggest city Auckland will be shut down from midday on Wednesday after Prime Minister Jacinda Ardern warned four new cases of coronavirus had emerged.

The country had achieved a record 102 days of no new transmissions and has been widely held up internationally as the model on how to beat the virus with the strictest regulations in the world.

Citizens in Auckland will be expected to work from home unless they are essential workers, and schools will close, as will bars, cafes and restaurants until the end of the week.

Ardern said in a televised press conference, “We’re asking people in Auckland to stay home to stop the spread.

Read: 100 days without a case? While other countries struggle, New Zealand has beaten the coronavirus — for now

The country had moved hard and fast to react to the pandemic, banning non-New Zealand nationals traveling from China before there were any cases in the country. Those nationals that did travel from China were forced to quarantine for 14 days.

A month later in March, all visitors to New Zealand needed to self-isolate for 14 days and the borders were virtually closed. It implemented an alert system ranging from 1-4, with 4 being the most severe. Ardern warned on Wednesday that the whole country would not be on level 2 alert. New Zealand only ever reported 89 cases a day, even at the peak of the pandemic.

The World Health Organization held New Zealand up as the model for other countries to follow, crediting the speed of its actions. It was one of the few in the world that had returned to normal life, with full sports stadiums and open nightclubs, but it always maintained its strict border controls.

The four cases identified are believed to be all members of the same family, a man in his 50s and preschool age children. It is not yet known how they caught it.