Secret U.S. missile reportedly can kill terrorist targets without an explosion and with minimized collateral damage 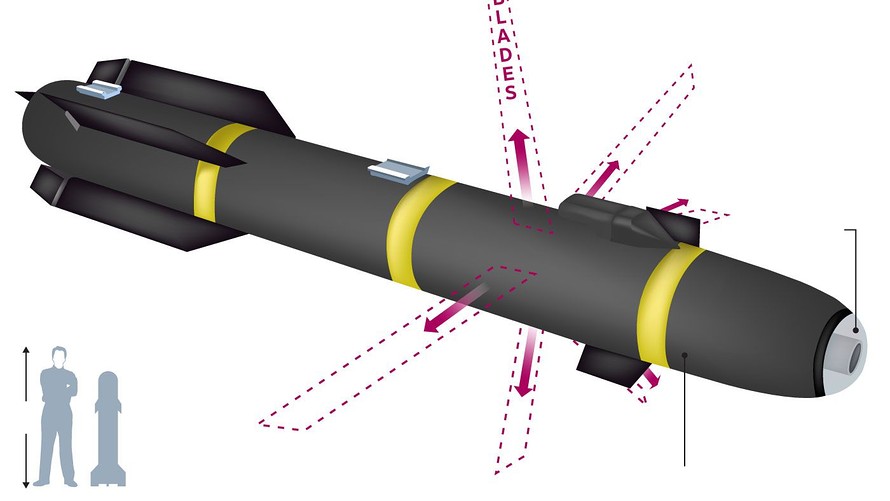 The Wall Street Journal
Detail from illustration of the R9X weapon system.

Both the Central Intelligence Agency and the Pentagon have used the weapon while closely guarding its existence. A modified version of the well-known Hellfire missile, the weapon carries an inert warhead. Instead of exploding, it is designed to plunge more than 100 pounds of metal through the tops of cars and buildings to kill its target without harming individuals and property close by.

The R9X is known colloquially as the ‘flying Ginsu,’ for the blades that can cut through buildings or car roofs and kill the target. The nickname is a reference to the sold-on-TV knives whose commercials showed them cutting through tree branches and tomatoes alike. The weapon has also been referred to as the ‘Ninja bomb.’

To the targeted person, it is as if a speeding anvil fell from the sky, the officials said. But this variant of the Hellfire missile, designated as the R9X, also comes equipped with a different kind of payload: a halo of six long blades that are stowed inside and then deploy through the skin of the missile seconds before impact to ensure that it shreds anything in its tracks.

Details about the secret weapon and its deployment were confirmed by more than a dozen current and former U.S. officials. Its development and use haven’t been previously disclosed, though its existence has been the subject of speculation.

Teens who’ve had phones taken away get ‘burners’ instead