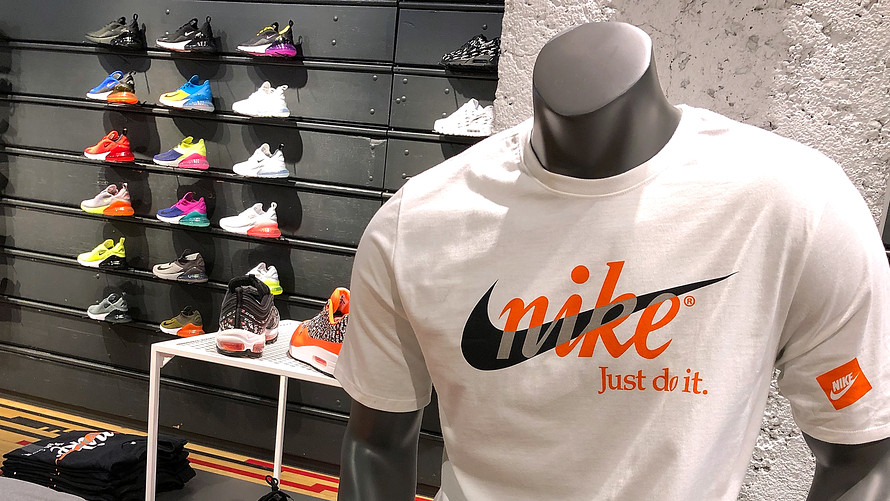 For the latest quarter, the company said digital growth of 41% was boosted by a return to growth in the Jordan business, which included a double-digit percentage increase for the Jordan brand in North America.

Chief Executive Mark Parker said on the post-earnings conference call that women’s sportswear apparel sales also rose double digits, and said he believes 2019 will be a “true tipping point” for women in sport, according to a transcript provided by FactSet.

And despite concerns over the trade dispute with China, revenue growth accelerated to 31%, with Chief Financial Officer Andrew Campion saying despite recent uncertainty regarding trade relations, “we have not seen any impact on our business.”

JPMorgan analyst Matthew Boss raised his rating to overweight, after being at neutral for the past 18 months. He reiterated his $85 stock price target, which is 17.5% above Friday’s closing price of $72.37.

With momentum accelerating, and the stock falling 21% from the Sept. 21 record close of $85.55 through Thursday, Boss wrote in a note to clients that he sees “an attractive entry point” for investors.

Kummetz said he had previously been more worried about how momentum appeared to be slowing from the previous quarter, but realized that real story is Nike’s market share gains.

“Recent history tells us that, across the athletic group, the companies who take share are the stocks that outperform,” Kummetz wrote in a research note.

The U.S.-listed shares of Germany-based Adidas fell 0.8% Friday, while Under Armour’s stock dropped 4.1%.

Susquehanna’s Sam Poser, who has been bullish on Nike since Aug. 20, reiterated that stance and his $100 stock price target, as the company’s new product pipeline and more focused marketing strategy has succeeded in driving healthy revenue and margin growth.

“Improvements in the scarcity model, the speed of the product pipeline and digitally driven consumer engagement are still in their early stages and should continue for the foreseeable future,” Poser wrote in a note to clients. “Due to the aforementioned improvements, Nike is boxing out its competition, including Adidas and Under Armour.”