Nikkei gains on weaker yen, as other Asian markets mixed

Japanese automakers up in early trading 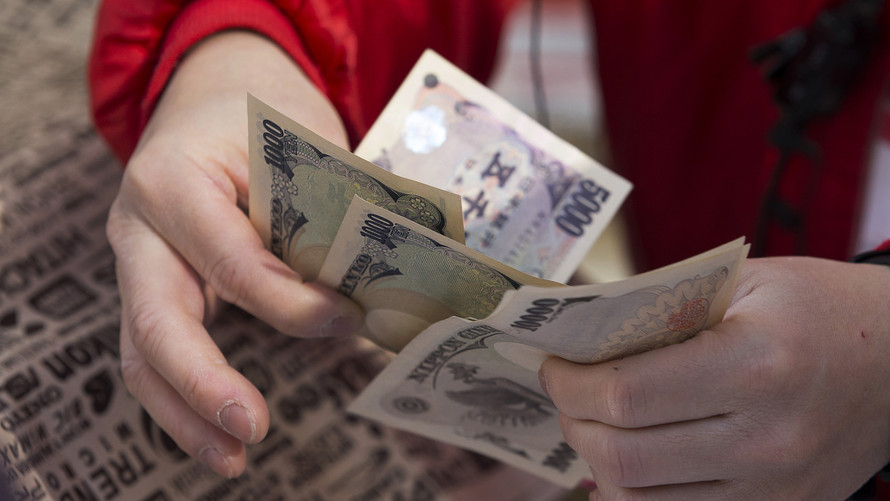 Getty Images
Despite the yen’s slight weakening on Wednesday, the dollar-yen exchange rate won’t likely move much until Friday.

A weaker yen helped nudge Japan’s Nikkei higher Wednesday morning, even as traders in Asia braced for a tightening tilt from the U.S. Federal Reserve with a speech from Chairwoman Janet Yellen due Friday, contributing to the mixed equities performance elsewhere in the region.

Despite the yen’s slight weakening on Wednesday, the dollar-yen currency won’t likely move much until Yellen makes her remarks in Jackson Hole, Wyo., at the Fed’s annual meeting, says Mizuho Securities Chief FX Strategist Kengo Suzuki, in a note.

In Australia, Qantas Airways Ltd. /zigman2/quotes/205534063/delayed AU:QAN -0.57%   gained 2.5% after it reported record profits for the full fiscal year. The airline operator said it would pay an ordinary dividend of 7 Australian cents per share, its first such payment since 2009.

“Qantas remains very cheap in our view and the resumption of dividends demonstrates management’s confidence in the outlook going forward,” lender Macquarie said in a note Wednesday.

Meanwhile, oil prices were down in Asian trade early Wednesday, after the industry group American Petroleum Institute said their data showed an increase of 4.5 million barrels in U.S. crude stockpiles last week. Still, prices rose in U.S. trade Tuesday on speculation that Iran might cooperate with other global exporters to keep oil prices from falling.

Official U.S. oil data by the Energy Information Administration will be released later Wednesday to shed more light on the state of U.S. stockpiles. West Texas Intermediate crude prices were recently down 44 cents at $47.65 a barrel in Asia trade, while Brent crude prices were down 36 cents at $49.60 a barrel.

Oil-exporting Malaysia’s ringgit weakened against the U.S. dollar on Wednesday. The ringgit has been pressured of late, along with other Asian currencies, on the view the Fed is veering towards tightening. High U.S. interest rates would pull money out of Asian markets to the U.S., weakening regional currencies in the process. The dollar-ringgit pair was last at 4.0360, up from its Tuesday closing of 4.0250.