Hang Seng on track for best monthly performance since 2007 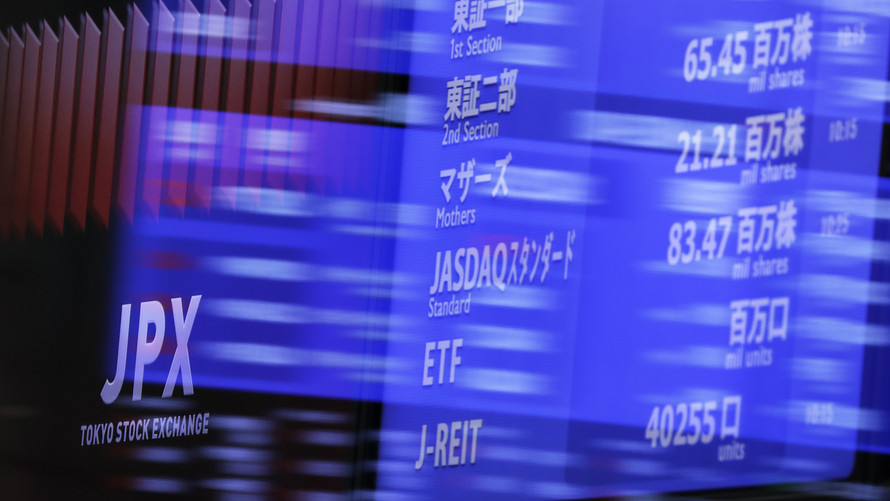 Bloomberg News
An electronic stock board is seen through glass panels at the Tokyo Stock Exchange on Wednesday.

But most other markets in the region are poised to emerge from the summer volatility largely unscathed, with double-digit gains for the year.

“The summer break sees investors returning to markets not looking much different from when they left,” wrote Mark Tinker, head of AXA IM Framlington Equities Asia, in a note. Markets witnessed bouts of selling in August over tensions between North Korea and the U.S., though shares mostly recovered within a short span.

On Thursday, gains for the U.S. dollar drove Japanese equities as the greenback recouped some of its losses earlier in the week, after the U.S. reported its fastest pace of economic growth in more than two years. The economy in the second quarter grew 3.0% compared with the same period a year ago, beating market expectations.

“We are looking at a recovery in the global economy along with stabilization in China,” said Joanne Goh, regional equity strategist at DBS Group in Singapore. As long as the U.S. economy continues to recover, it will be supportive of the reflation trade and recovery in Asia, she said.

However, stocks in China and Hong Kong were broadly lower due to profit-taking and a liquidity squeeze. The People’s Bank of China on Thursday refrained from liquidity injections, even as 40 billion yuan ($6.1 billion) worth of short-term loans to commercial banks, known as reverse repurchase agreements, mature Thursday.

Early weakness in the Shanghai Composite Index /zigman2/quotes/210598127/delayed CN:SHCOMP -2.12%  extended toward the end of morning trade, with the benchmark index down 0.4% and among the region’s worst performers. Despite the declines, it was on still track to end the month with gains of above 2%. Shanghai shares closed Wednesday at their second-best level this year.

In Hong Kong, the Hang Seng Index /zigman2/quotes/210598030/delayed HK:HSI -3.64%   fell 0.7%, led by selling in major Chinese banks. But even factoring in Thursday’s declines, the benchmark Index was still on track for an eighth-straight month of gains, a performance not seen since 2007.

“The key to economic growth is still the property market. So far, its slowdown hasn’t yet affected the manufacturing sector. But if it continues, it would weigh on economic growth,” said Liu Xuezhi, an economist at the Bank of Communications.

In currencies, the dollar was supported by strong U.S. data and the easing of geopolitical tensions, with the WSJ Dollar Index /zigman2/quotes/210673925/realtime XX:BUXX +0.76% , a broad measure of the greenback, rising 0.4% overnight to 85.93. It remained near those levels in Asian trade.