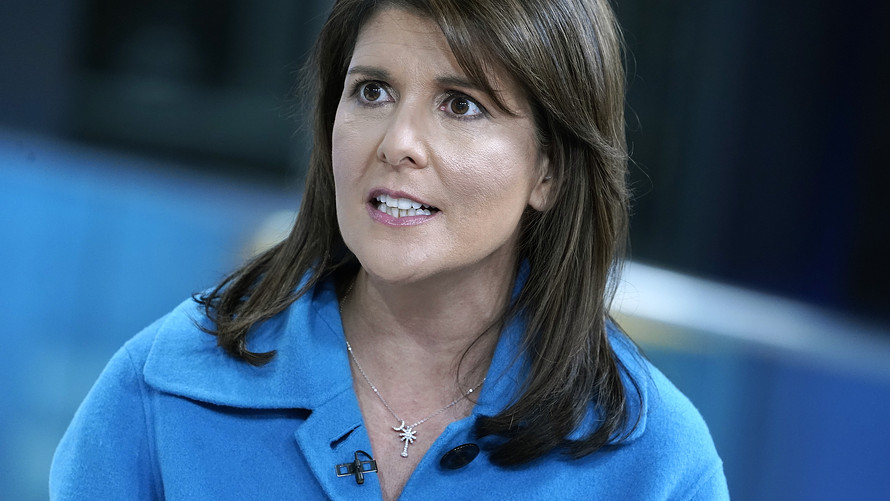 ‘Here is this guy that comes out with his manifesto, holding the Confederate flag, and had just hijacked everything that people thought of … people saw [the Confederate flag] as service and sacrifice and heritage, but once he did that, there was no way to overcome it.’

That was Trump’s former U.N. ambassador and South Carolina governor Nikki Haley, saying that mass shooter Dylann Roof “hijacked” the Confederate flag when he shot and killed black Americans at the Emanuel AME church in Charleston in 2015.

Haley was discussing her decision to remove the Confederate flag from the South Carolina State House following the shooting with former Fox News personality and Blaze TV founder Glenn Beck.

She also suggested that the news media was responsible for making the national tragedy about race, even though Roof had posted a 2,000-word racist manifesto online in the week before the shootings saying that he wanted to start a race war. He had also posted photos of himself holding white supremacy symbols in addition to the Confederate flag before the attack.

The backlash on social-media sites like Twitter /zigman2/quotes/203180645/composite TWTR +2.73% and Facebook /zigman2/quotes/205064656/composite FB +1.98%  was swift, with many critics noting that the Confederate flag was associated with slavery long before the 2015 massacre.

Haley responded by reposting her call to remove the Confederate flag from the South Carolina State House in 2015 — although even then, she told CNN that “there is a place for the flag.” She tweeted on Friday, “2015 was a painful time for our state.The pain was and is still real. Below was my call for the removal of the Confederate flag & I stand by it. I continue to be proud of the people of SC and how we turned the hate of a killer into the love for each other.”

Roof confessed to killing the nine churchgoers in a premeditated attack four years ago, when he was 21. He was sentenced to death in 2017 and remains incarcerated.